By Luke Augustus for MailOnline

Aston Villa’s Darren Bent, Joe Cole and Fabian Delph were all smiles after grabbing the opportunity to meet a sporting hero during their USA tour.

The trio all fulfilled a boyhood dream after having the pleasure to come face to face with boxing legend George Foreman.

Bent, Cole and Delph can be seen grinning from ear to ear after posing for a picture with the 65-year-old two-time Heavyweight champion of the world, which was uploaded to Aston Villa’s official Twitter account. 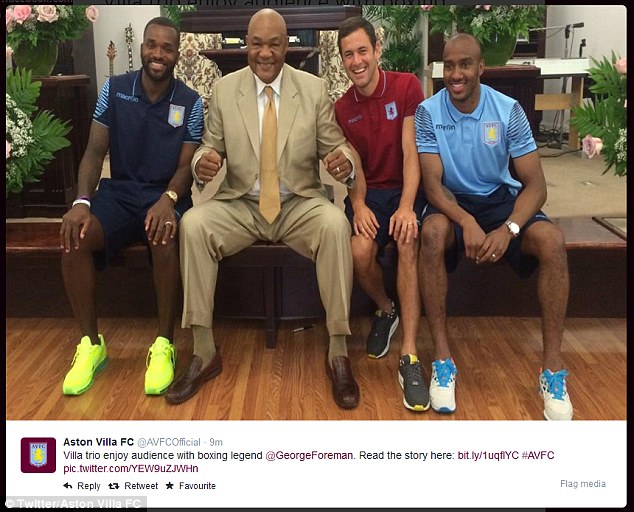 The opportunity to meet Foreman arose after the players attended his sermon at his church on the edge of Houston.

‘I’ve always had a big passion for boxing and having the opportunity to meet George was truly a special experience, Delph told the club’s official website.

‘He’s an absolute legend, one of the greatest world heavyweight champions in the history of the sport.

‘I’ve watched his epic fight with Muhammad Ali many times, the famous Rumble In The Jungle. George was such a powerful puncher that people thought he might kill Ali, but Ali was a genius and pulled off one of the great shocks in sport.

‘Then 20 years later George came back and won the world heavyweight title again – at the age of 45! So to be sitting next to him in his church was just a brilliant experience, talking about the fights, his career and his life as a preacher.’ 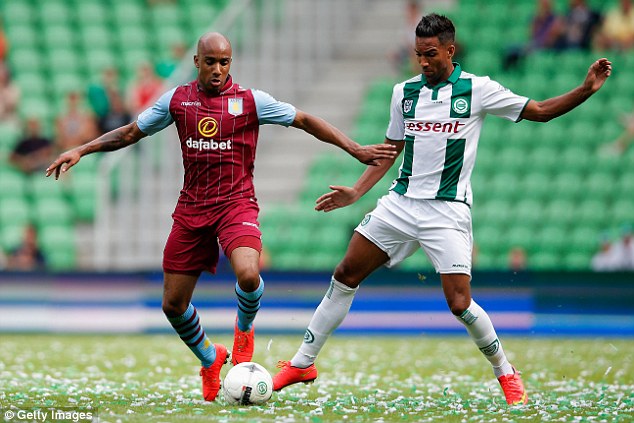 CLICK HERE to start picking your Fantasy Football team NOW! There’s £60,000 in prizes including £1,000 up for grabs EVERY WEEK.