Erich Bergen, who currently stars as Dr. Pomatter in Waitress on Broadway, has secured the rights to Halston: Inventing American Fashion and is planning to turn the biography of the late American designer into a full-fledged Broadway musical. The book, written by Halston’s niece and confidant, Lesley Frowick, offers a uniquely intimate look at the life and career of America’s first celebrity fashion designer — from his early life in Des Moines, Iowa, to his rise to the top of the New York fashion scene in the 70s and 80s, to his AIDS-related death in San Francisco in 1990. Bergen will, of course, star as the man himself.

“[It’s a show that] cries out for George Michael music, but he’s not around anymore,” Bergen told Michael Musto at a Tonys afterparty on Sunday night. In lieu of using his old hits, Bergen will create the show with new, original music.

The Daily spoke with Bergen on the Tonys red carpet and although he did not mention the Halston show he is developing specifically, he did talk about his love of Broadway in general and why he decided to return to the role of Dr. Pomatter in Waitress, a part he first played in the summer of 2018. “I’m obsessed with that show,” Bergen said. “I’m obsessed with being on Broadway and I’m a Broadway nerd. If somebody offers me a job on Broadway it’s one of those things where I still can’t actually believe it.” 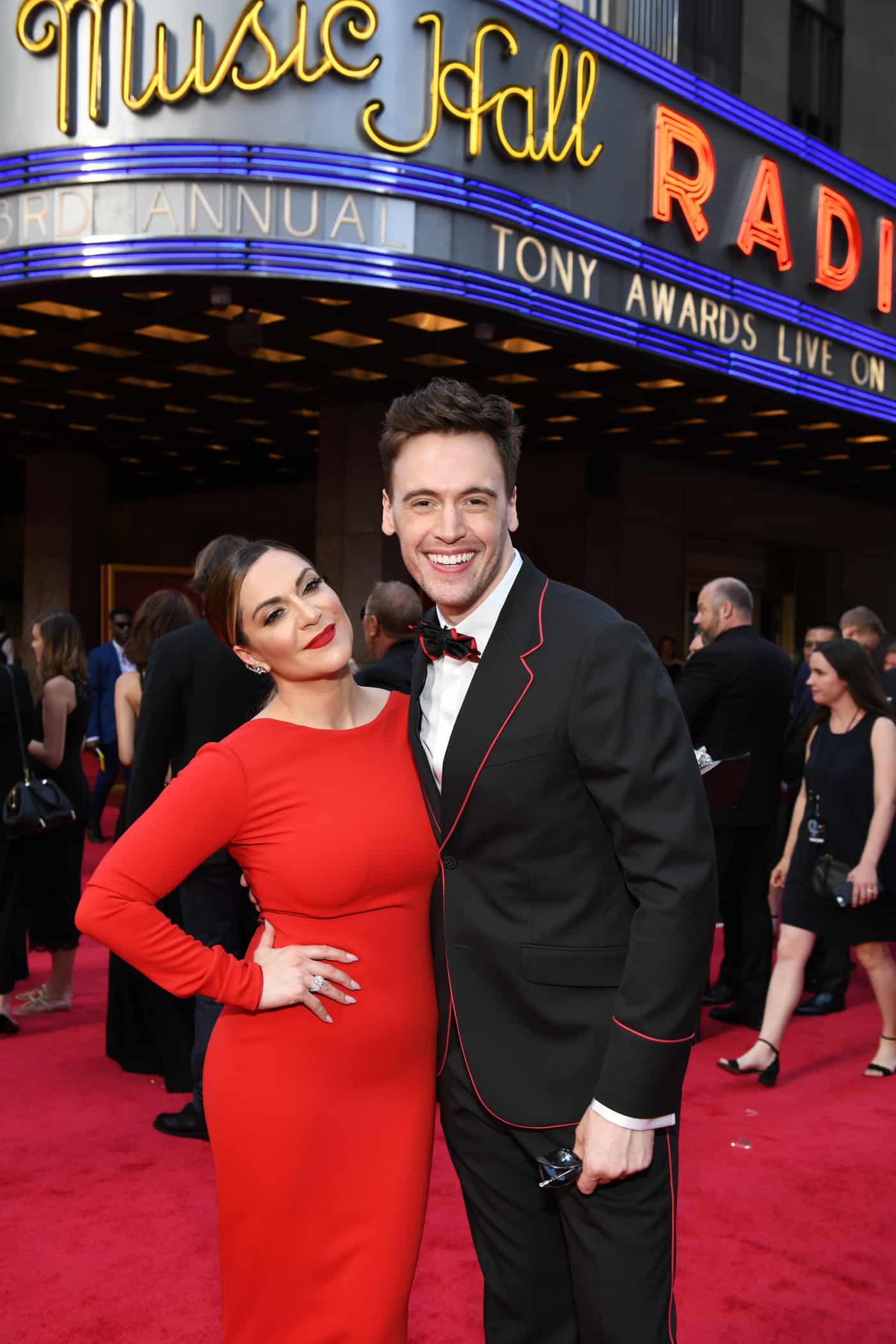 Bergen also gave us a quick update on Adrian Matthew, the boy whose rendition of Sara Bareilles’ song “She Used to Be Mine” from Waitress went viral last year.  “My friend, Zach Braff, is actually sending him to the camp that Zach and I went to, Stagedoor Manor. We’re paying for him to go to camp because of that video that we found him in. He’s incredible. He’s really a bright light in what could’ve been a very really dark life for him, so we’re thrilled to be a part of his life… Zach is really the one who is going to be paying for him to go to Stagedoor Manor and then a couple of us are helping out with some of his other needs.”

Check out Matthew performing the song on stage after a performance of Waitress on Broadway and you’ll get why all these celebrities are so excited to help him out. He really is phenomenally talented.

The fashion world is on high alert following the...