A guest interview from George Wayne

What do you feed an iconic supermodel during a pandemic? Well, of course, we had to go straight to the source, to Chef Sean John to suss that question. And who better to ask than the long time master chef and confidante of Naomi Campbell? ”Naomi has been a friend and client for more than 20 years,” John told me. “I met her through Chris Blackwell.”

The tall, lean bespoke chef still retains traits of what could have been an earlier career as a male model. He never was a model, but the Jamaican-born, 40-something-Taurean-born has been the under the radar bespoke chef-de-cuisine for a decade and more. So over a flute of brut, perched at a tiny table outside the grab & go of his Chelsea Market boîte Le Song, GW sought to probe and parry.

GEORGE WAYNE: I know you’ve been ‘Omi’s go-to chef for decades. And it’s awesome to know that you were feeding the iconic diva as she ‘slayed’ the pandemic with her savvy pique to the zeitgeist. So what was Naomi’s diet during the months of self-isolation?

SEAN JOHN: Well, the fact that she’s gluten-free and basically a vegetarian/pescatarian [made it so that] we would speak a few times during a week and I would prepare her bespoke meals, which her personal driver would stop by to pick up from my place. So, it’s been a lot of steamed snapper, bronzino, which must be wild-caught, white fish, and a great portion of her favorite the organic cauliflower puree. Lots of vegetables. She loves her Jamaican callaloo and fish broth.

GW: Sean John has been the coolest and well-connected Jamaican chef in town for a while. You were one of the early pioneers to gentrify Orchard Street. Your hole in the wall restaurant Spur Tree was a definite fave place to eat great food and chill with your ilk.

GW: And they were all there; the coolest of the cool—Chloë Sevigny, Questlove, Luka Sabbat, ASAP Rocky….

SJ: ASAP Ferg, ASAP Nas; they were all the there. Of course, so was Swizz Beatz. We had great support. I especially loved when the architect Bjarke Ingels would show up or TK The Artist. They came all the time. And the model Kate Upton was a regular. And yeah, Bono was always and still is one of my greatest supporters.

GW: Have you spoke to Bono Vox during the pandemic? 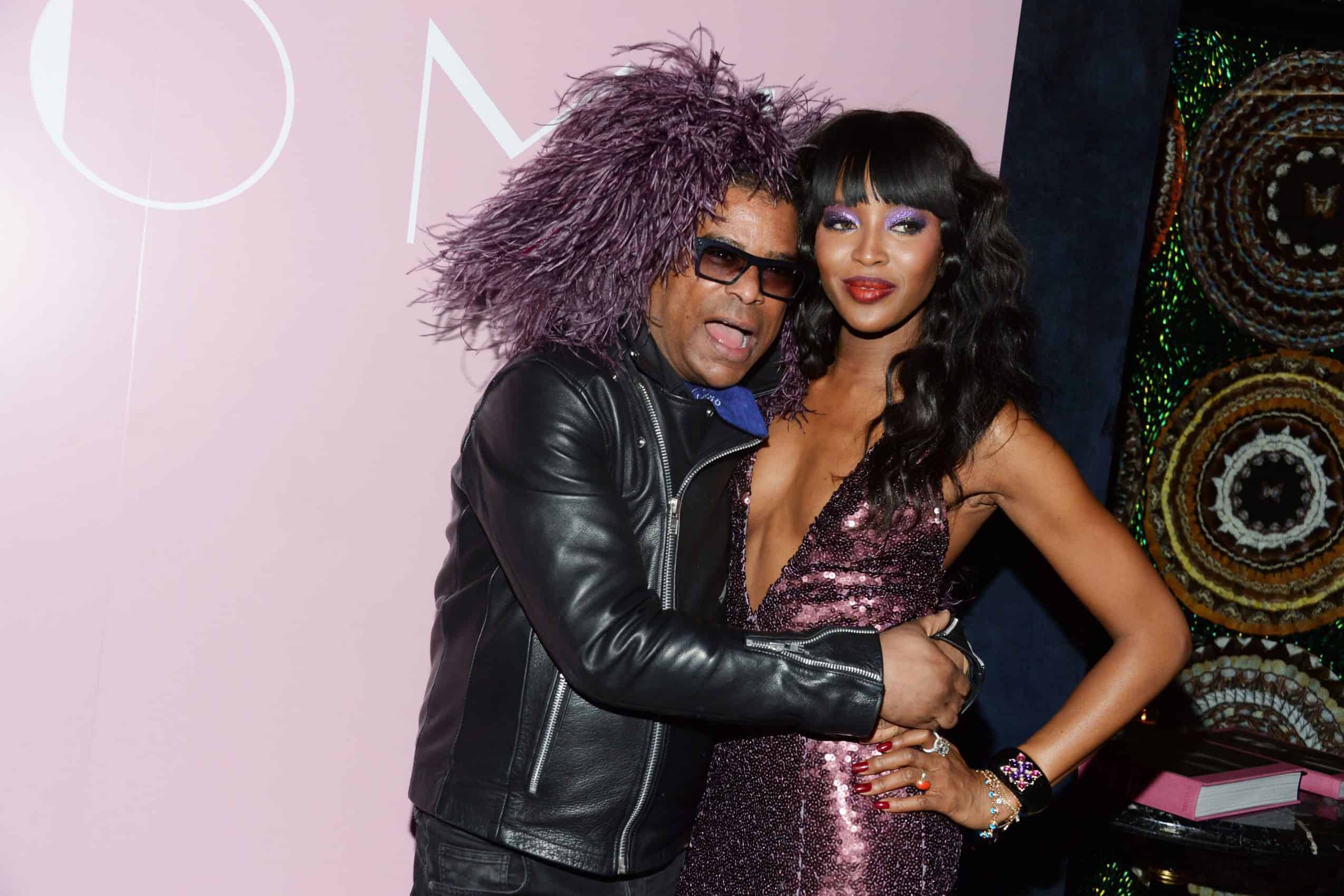 GW: Too busy preparing daily bespoke meals for ‘Omi! And we know, that diva can be very demanding.

SJ: I know her taste buds so well by now. I know what she likes and what she dislikes. But as I said stick with the key ingredients: fish and vegetables, clean and organic. And when she’s feeling in the mood she lets me know to fire up the grass-fed jerk seasoned lamb chops. That is the only occasional protein besides fish. Oh! And before you ask, yes Naomi only eats one meal a day.

GW: Yeah ,she probably does nibble on her organic cauliflower puree all day before she goes on air for her that much talked about virtual talk show, No Filter on YouTube.

SJ: I never watched it. I was too busy cooking for her!

GW: You had two amazing new boîtes going in the Chelsea Market before the pandemic shut down humanity, The French bistro Le Song, which faces the famous Milk Studios and the fabulous grab & go Jamaican food stand Tings Jamaican.

SJ: We were rocking! We are in the Chelsea Market. Lyor Cohen (global head music) would come down from his YouTube office upstairs for his Ital Stew. Clients came for both Tings Jamaican and Le Song with my partners Peter & Wanisa Tondreau. The house signature dishes there will still be the steak frites or the beef Bourguignon. We loved when the fashion folk, after a shoot at Milk, would stop by for our scratch-made beignet with an espresso martini. Both very popular. Business from Live Nation, Google, Apple…we were as plugged in as the matrix!

GW: So what now? What do you think the next normal will look like for hospitality?

SJ: A work in progress. If anything, I feel like I am well-suited for the new normal. Tings Jamaican was already the grab & go delicious lunch or early dinner concept. Le Song, I believe, when we reopen and move forward will become even more of the chic, earnest fast-casual concept. We will see what the summer relaunch holds.

GW: It will still be tiptoeing through the minefield no matter what. But we must adapt as best we can and try to live free Seany! I’ve known you for a long time. And I know you are press-shy and don’t like to talk about your famous clients. So GW really, really appreciates this early summer chat over sparkling champagne. Thank you!

**George Wayne insists that you all subscribe to Georgie Whirl his increasingly buzzed-about new Podcast exclusive to Spotify. He considers himself ”the next Joe Rogan of the Pod galaxy!”