Game of Thrones: Apparently Podrick Has a Gorgeous Voice, but Was That Actually Him Singing? 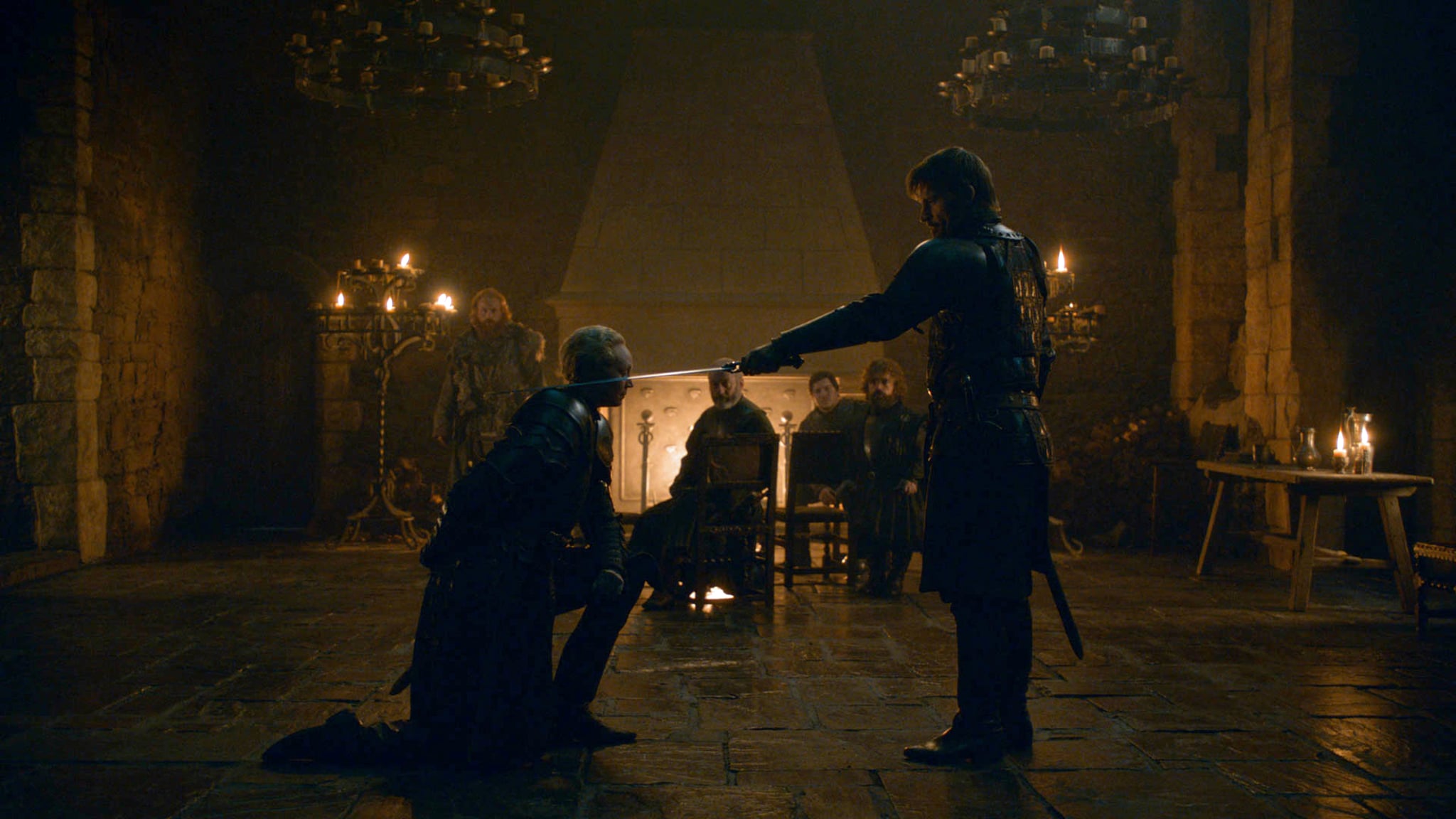 Among the many emotional things that happen in the second episode of Game of Thrones season eight, one of the most charged moments comes right after Lady Brienne becomes Ser Brienne, a Knight of the Seven Kingdoms, thanks to a ceremony performed by Jaime Lannister.

Gathering together on what, for many of our favorite characters, will likely be the last night of their lives, Tyrion asks the group sitting before him if anyone knows a song. The camera pans to Davos, Brienne, and Tormund, and back to Tyrion, before Podrick Payne starts singing a haunting tune, “Jenny of Oldstones.” And damn, if I wasn’t as taken aback in that moment as Tyrion is that the young squire has had that set of pipes on him all along! As it turns out, Daniel Portman, the actor who plays Podrick, was actually singing in the scene.

“For us, what was interesting about this episode was always that it’s our last night together, and everyone, I think, would face the end in different ways,” Game of Thrones writer and showrunner David Benioff said after the episode, noting that Tyrion’s group’s way of coping was sitting by the fire, drinking, just being comrades. Which is, coincidentally, the perfect time for a song (you know, like the scene in Titanic with the string quartet playing everyone off to their doom?).

“Daniel’s got a really lovely voice, and we knew we wanted a song in this episode. We’ve had a song in several of the seasons, we haven’t had an original in a while, so this felt like the place for it, and Daniel felt like the singer,” Benioff said.

Portman actually discussed his musical scene with Esquire the day after the episode aired. “They just put it in the script and they didn’t really tell me,” he explained. “I was terrified to be singing in front of all these people with this camera in my face. And something like a billion people have seen the first episode. So thinking about that many people seeing me singing was terrifying.”

Podrick, baby, you can sing me to sleep (or to my downfall) any night of the week.