New mom Gigi Hadid has quietly revealed the moniker she chose for her baby girl, whom she welcomed to the world in September. Without any fuss, Hadid simply updated her Instagram bio to read, “Khai’s mom.”

Hadid, 25, and her musician partner Zayn Malik, 28, opted for a name that means ‘crowned’ in Arabic—in a nod to their respective Palestinian and Pakistani roots. The name definition also references ‘chosen one,’ ‘royalty,’ and ‘nobility’—a fitting choice for a little girl being born into the top tier of the fashion world.

While neither the supermodel nor the former boyband star have commented on why they chose the name, fans have been quick to speculate about its deeper meaning and its ties to Hadid’s family. Many noted that her sister Bella’s middle name is Khair. And Hadid’s beloved late paternal grandma, who passed away in 2008, was named Khairiah. On the subject of royalty, Khairiah is also a descendent of Daher Al Omer, Prince of Nazareth and the Sheik of Galilee! Talk about a multifaceted baby name choice. 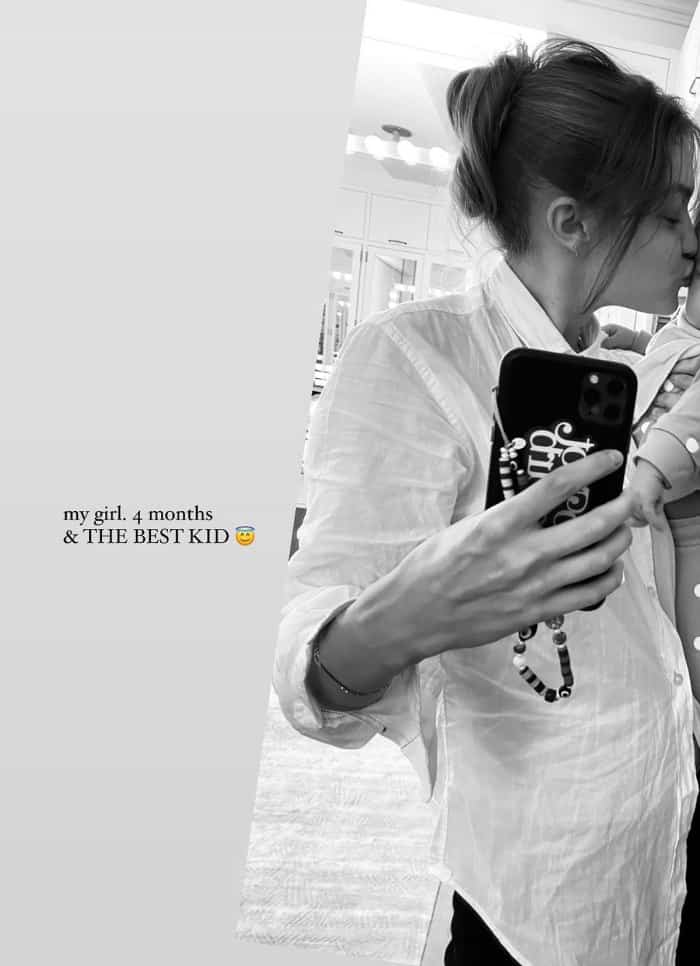 While Hadid is yet to show her baby girl’s face online to her 68 million followers, she shares small snippets into her life as a new mom. Yesterday, she posted a sweet snap kissing her daughter, with the caption: “”My girl. 4 months & THE BEST KID.”