What’s that noise? Likely the deafening cheers of Harry Styles stans everywhere, as they wake up to their pinup making Vogue history. The former One Direction star is the first male to ever grace the magazine’s cover, in its 127-year existence.

The 26-year-old performer was interviewed by fellow Brit Hamish Bowles for the interview that goes alongside his cover shoot, which was styled by Camilla Nickerson and lensed by Tyler Mitchell. In the feature, Styles talks about everything from his music and meditation to his solo career and defying boundaries, traditions, and stereotypes when it comes to his fashion picks. 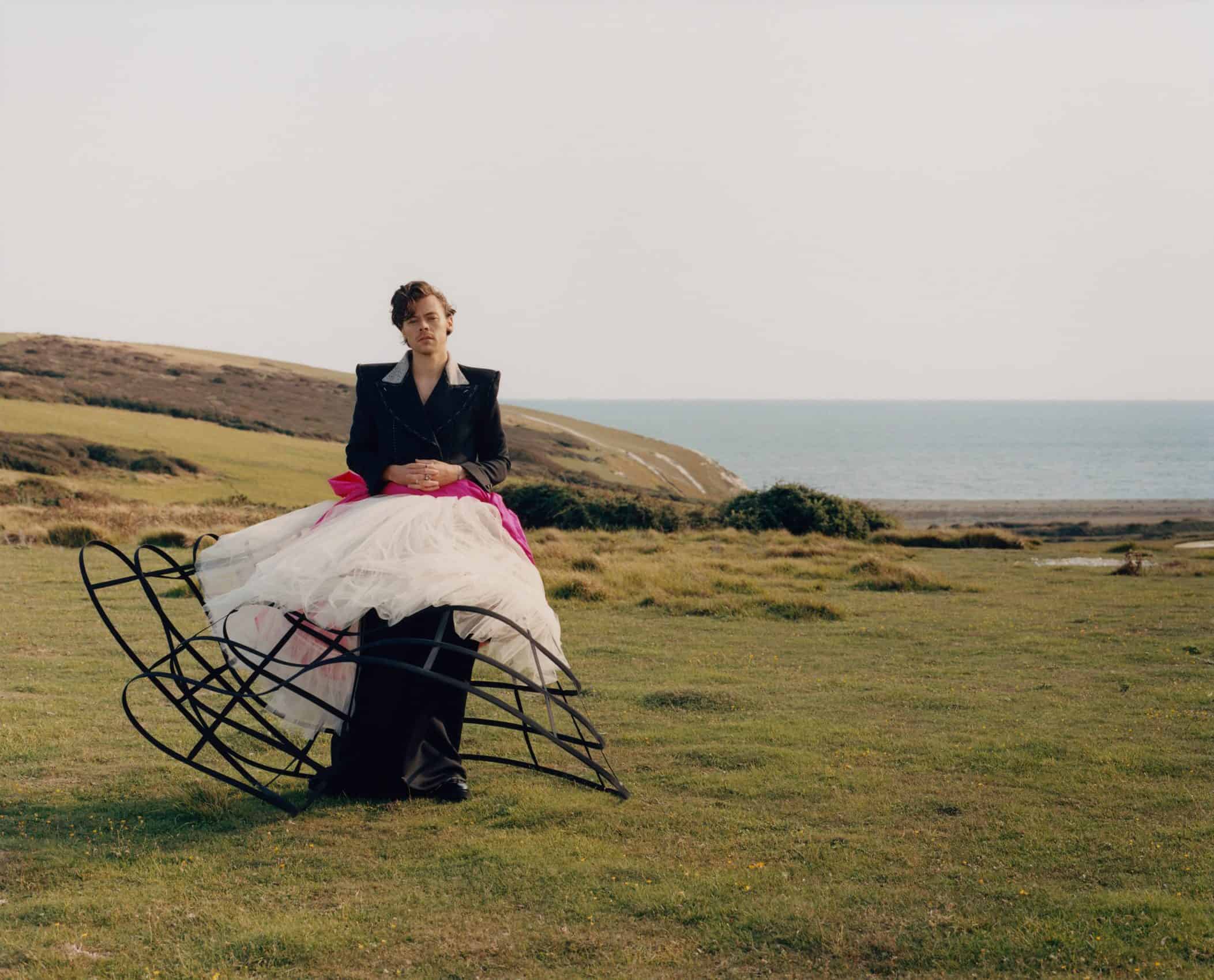 He says, “Clothes are there to have fun with and experiment with and play with. What’s really exciting is that all of these lines are just kind of crumbling away. When you take away ‘There’s clothes for men and there’s clothes for women,’ once you remove any barriers, obviously you open up the arena in which you can play.

“I’ll go in shops sometimes, and I just find myself looking at the women’s clothes thinking they’re amazing. It’s like anything—anytime you’re putting barriers up in your own life, you’re just limiting yourself. There’s so much joy to be had in playing with clothes. I’ve never really thought too much about what it means—it just becomes this extended part of creating something.”

Alessandro Michele, Gucci’s creative director who has long-since credited Styles as one of his muses, added: “He’s really in touch with his feminine side because it’s something natural. And he’s a big inspiration to a younger generation— about how you can be in a totally free playground when you feel comfortable. I think that he’s a revolutionary.” 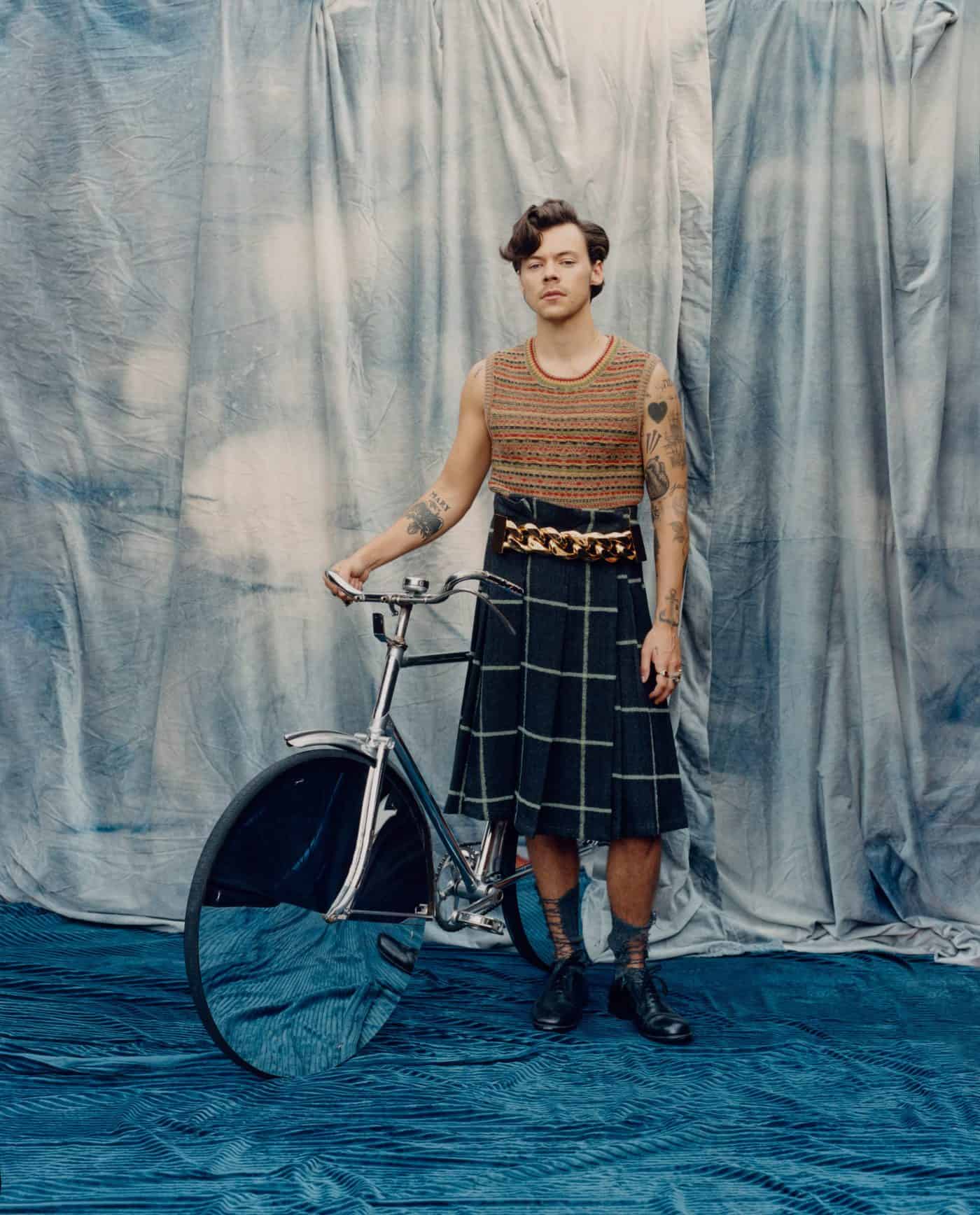 Speaking about how he parlayed his clean cut boyband fame into a critically-praised solo career, Styles waxed lyrical: “I think with the second album I let go of the fear of getting it wrong and…it was really joyous and really free. I think with music it’s so important to evolve—and that extends to clothes and videos and all that stuff. That’s why you look back at David Bowie with Ziggy Stardust or the Beatles and their different eras—that fearlessness is super inspiring.”