John Glynn Reflects on His Literary Debut, and How the Hamptons Shaped Him


In his debut, Out East: Memoir of a Montauk Summer, author John Glynn captures the culture of vacationing in the Hamptons amid a major personal discovery. As Glynn, who came out in his late 20s, comes to understand his sexuality, he also grapples with the loss of his beloved grandmother, and learns that many of his seemingly happy friends have struggles of their own. Recently The Daily called the author to chat about his story, and how the Hamptons left a lasting impression on him.

You’re a book editor at Hanover Square Press. What was it like being on the other side of the writing process?
It has been really fun and fascinating. I have this newfound respect for what I put my authors through. I never grasped the intense emotional work that goes into editing a book. If nothing else, it has made me a more empathetic editor. I had the best editor at Grand Central. Her name is Maddie Caldwell and she made the book so much stronger.

What was it like writing something so personal for your debut?
I never thought it would be a book. I wrote it thinking, This is something I’m just going to write for myself and it will be a good way of putting all of these emotions in a narrative arc. It will be cathartic and a great document of that summer. Once I finished I let a couple of friends in publishing read it and they encouraged me to test the waters with some agents. It wasn’t until that point that I even thought, Do I want to reveal anything? It was very easy for me to put everything out there on the page because I was at least in that mindset that no one will probably ever read this.

Your story starts with an intense feeling of loneliness. What was it like tracking the course of your epiphany?
That was really one of the goals of the book. I wanted to show in real time what it was like to grapple with your sexuality. For me it was really more about that but also being in my late 20s and experiencing my first crush, really— going through that and navigating the emotional geography that most people have gone through in high school. In some ways it felt like a slow realization but I also felt like it hit me all at once. 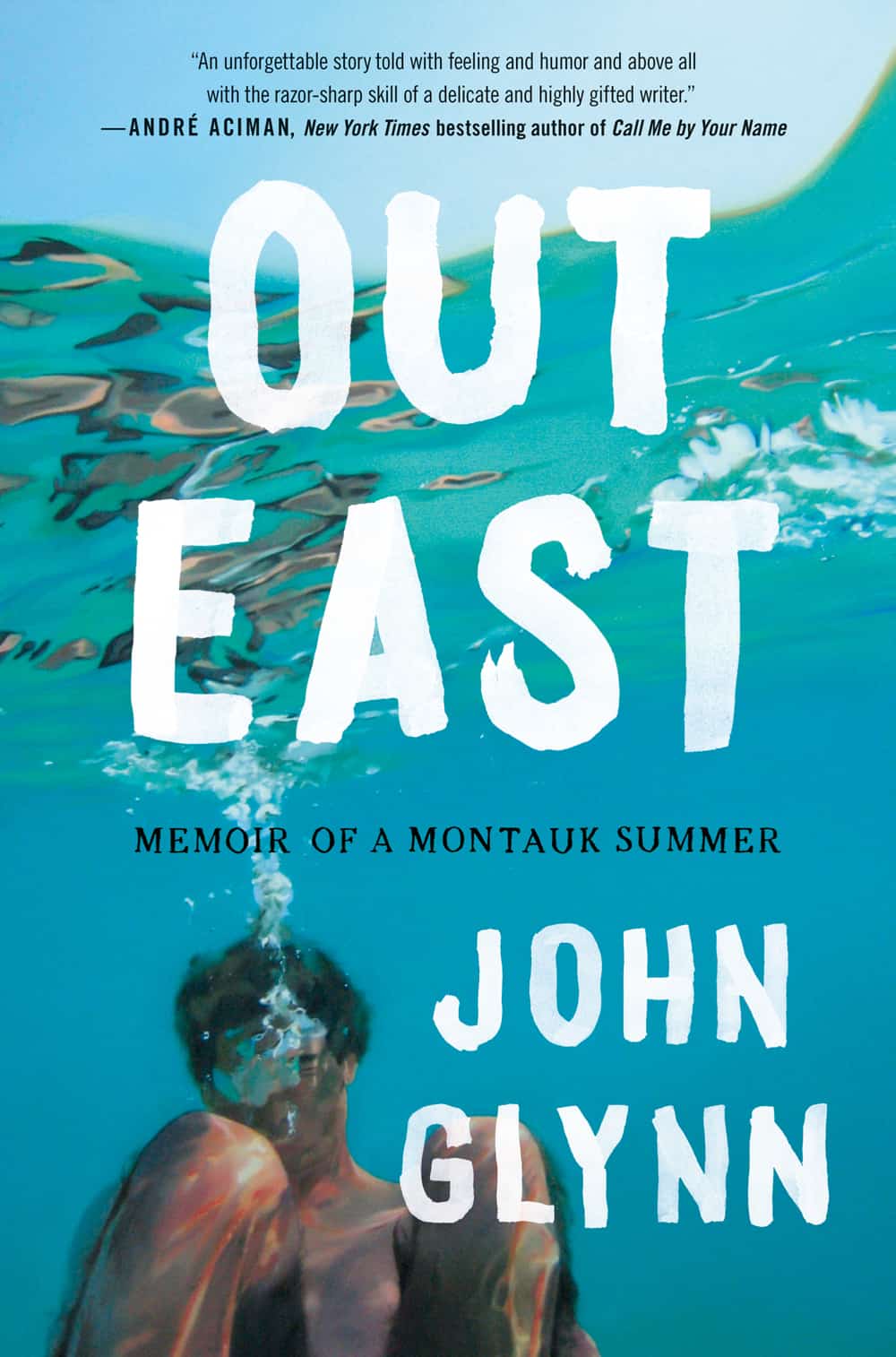 Do things make more sense now?
I obviously now identify as gay. Of course, I have always been gay. But it took me falling in love with a specific person to be able to sit with those feelings and really have them resonate and to be able to really latch onto that identity. Having that clarity has definitely helped me. It has helped me navigate relationships, better understand who I am, and how I move through the world going forward.

Throughout the book, you discuss your worrying about how coming out would change your life, specifically with your family. Did anything shift?
Even though I knew rationally that my family and friends would be accepting of me if I came out, I was still terrified. Part of the reason why was because I have such great relationships with my friends and family, I just didn’t want anything to change. I didn’t want to do anything to disrepute those relationships. I am so lucky in this regard that the opposite happened. It strengthened and enhanced my relationships. All my friends and family were incredibly supportive.

What does Pride mean to you?
I think it’s about embracing your identity and living authentically. Celebrating the ability to do that, to live authentically. It is amazing to look back 50 years and see how far we have come in the past two decades. It is also about honoring the people before us. Seeing us that we are on sort of the same path. It’s celebrating the people who broke barriers so that we can live the lives that we do.

You mention in the preface going back through all your old Gchats, emails, and texts to remember that summer. Are you a digital hoarder?
[Laughs] I’ve never heard that term! Maybe I am, I don’t know. One of the great benefits of social media is I could go back into my Instagram and my friend’s Instagrams and piece together every weekend from that summer almost down the moment. There was a layer of textural detail I could almost pull out from the photos, Gchats, and texts. 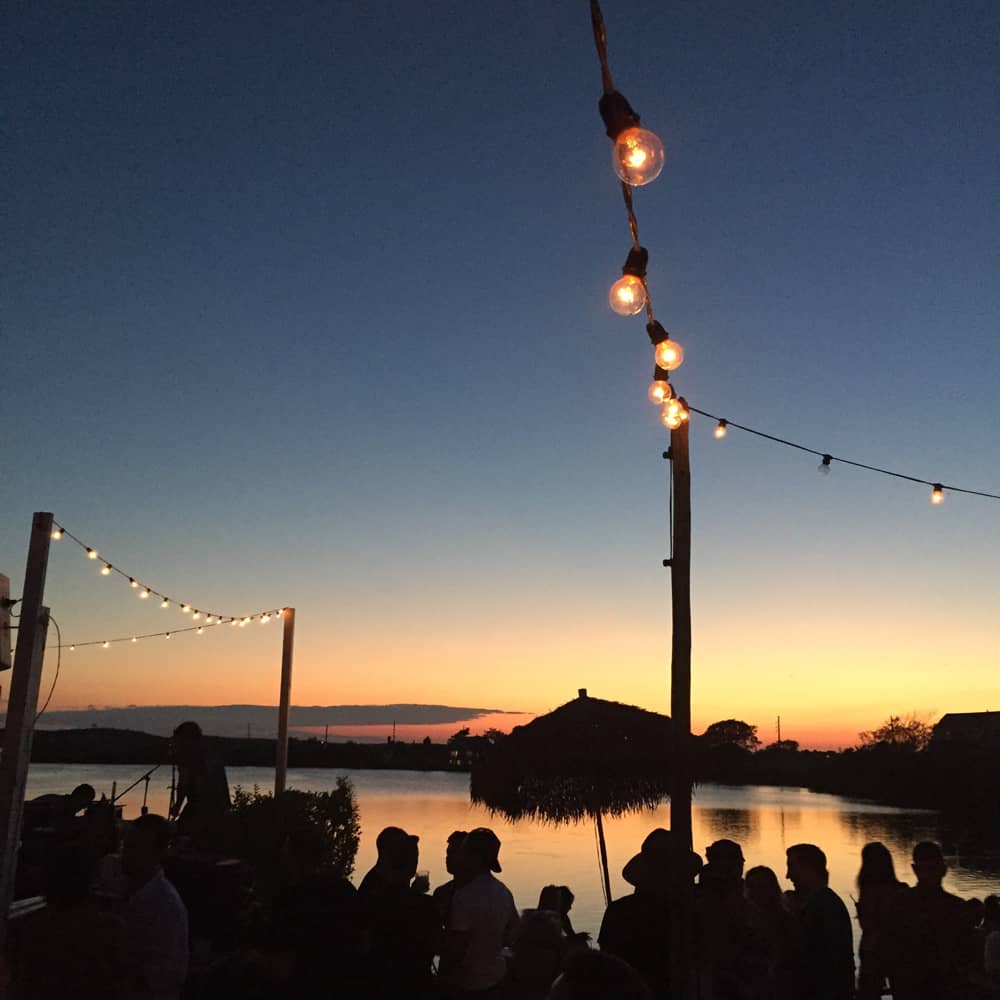 Instagram and geotagging are integral in the book. What does social media mean to our generation?
It perpetuates this culture of perfection. It is almost as if we have all signed this social contract where we have to present the most polished versions of our lives at all times.

How so?
I came from a privileged upbringing. Who am I to feel anything but absolute happiness and gratitude for the life that I have been given? I never felt entitled to my loneliness or any of those darker feelings. I absolutely didn’t feel entitled to talk about them. Social media definitely plays a role in that in perpetuating that. With the new generation there is more of a push to authenticity which I think is really cool. It seems like it is almost in reaction to our generation. One of the beautiful things about the Hive is we did have those moments where our guard came down. Where we could talk openly and honestly about what was truly going on in our lives.

The book also features the struggles of your housemates…
My favorite part about writing this was getting to have those really in-depth life chats with all my friends. I wrote the first quarter of this book but then once the summer started I realized that I needed to sit down with my housemates and get their memories and stories.

How did you collect those stories?
First, I identified the people who had the juiciest turning points that would make for an interesting narrative. The questions started off superficial like, “What was your daily routine?” Progressively they went deeper: “Tell me who you were dating,” things like that. I learned things about my friends — people that I knew for a decade or longer — that I never knew. I got to see them in new ways. It was a strange exercise turning close friends into characters with a literary purpose. I wanted the reader to see these people through the same lens that I do… to see the reality of our lives but also to feel that same sense of empathy towards the housemates too.

Have they read the book yet? What were their reactions?
Oh yeah, I let everyone read the book in draft form right after I got a book deal. I wanted this to be a celebratory thing, to commemorate a difficult but really important moment in our lives. I wanted to make sure that everyone was on board with it. They all have been so great and incredibly generous with sharing their lives with me by extension with readers but in their support of the book too.

Towards the end you finally open up to your love interest and — spoiler alert! — he turns you down, essentially saying you’re not ready. Looking back, was he right?
I’ve thought about it a lot and I think I get it. If I were to choose, I probably would’ve had a very similar reaction. There was so much work that I had to do emotionally that I didn’t even realize. It wasn’t just a matter of, okay I’ll open up now and that will solve everything. I had to begin the process of becoming who I am. Sometimes a relationship can fit into that and sometimes not. It’s a risky proposition for the other person. I get why that was his reaction and I can’t say that it wouldn’t have been mine if I were in his shoes.

Have you spoken to him recently?
Yeah. He read the book. He was one of the people that I sat down with while I was writing it and I got his memories. We’re still very close friends. We talk all the time.

Have you returned to the Hamptons?
I continue to go out to Montauk. I’ve been going out there every summer since then. I love it out there. It’s my happy place.

Faith Lynch Gets Creative in Isolation

IMG model and singer, Faith Lynch, has spent the...

Nicole Miller Misses Her Staff, Has Not Stopped Dressing Up

In our latest installment of “Cabin Fever Diaries,”...

In our latest installment of “Cabin Fever Diaries,”...