By newadmin / Published on Saturday, 31 Aug 2019 07:30 AM / Comments Off on Kim Kardashian Casts Woman She Helped Pardon in Shapewear Campaign, Halston on Acid / 50 views

Kim Kardashian Casts Woman She Helped Secure a Presidential Pardon in Her New Skims Shapewear Campaign
26 real women (as in, not professional models), star in the new Skims campaign, including Alice Marie Johnson — the former inmate Kardashian publicly advocated for resulting in a Presidential pardon from Donald Trump. The campaign features each of the women telling their own stories, and talking about why they love their bodies. See Johnson’s video below.

Joel Schumacher Reflects on Halston and His Time in Fashion (Vulture)
In a sweeping new interview, director Joel Schumacher dishes about his years in the fashion industry, including doing drugs with his good friend Halston. “Everything was so glamorous about him. He maintained his beautiful image all the time,” he says. “We would all be on acid, and Halston would sit like a gentleman, on the same drugs that we were on, but he never lost Halston.” Schumacher went on to explain how Halston loaned him samples when he was doing the costumes for Play It As It Lays. He also thinks Ewen McGreggor has been miscast in an upcoming film about the designer’s life. “With all great respect for Ewan, but he doesn’t look anything like Halston. Armie Hammer should have played Halston. He’s perfect.”

Elsewhere in the interview, Schumacher gets candid about the actors he’s worked with — including how Julia Roberts was overwhelmed by fame and how Tommy Lee Jones was an “asshole.” He also discusses his long friendship with Woody Allen. It’s a definite must-read. 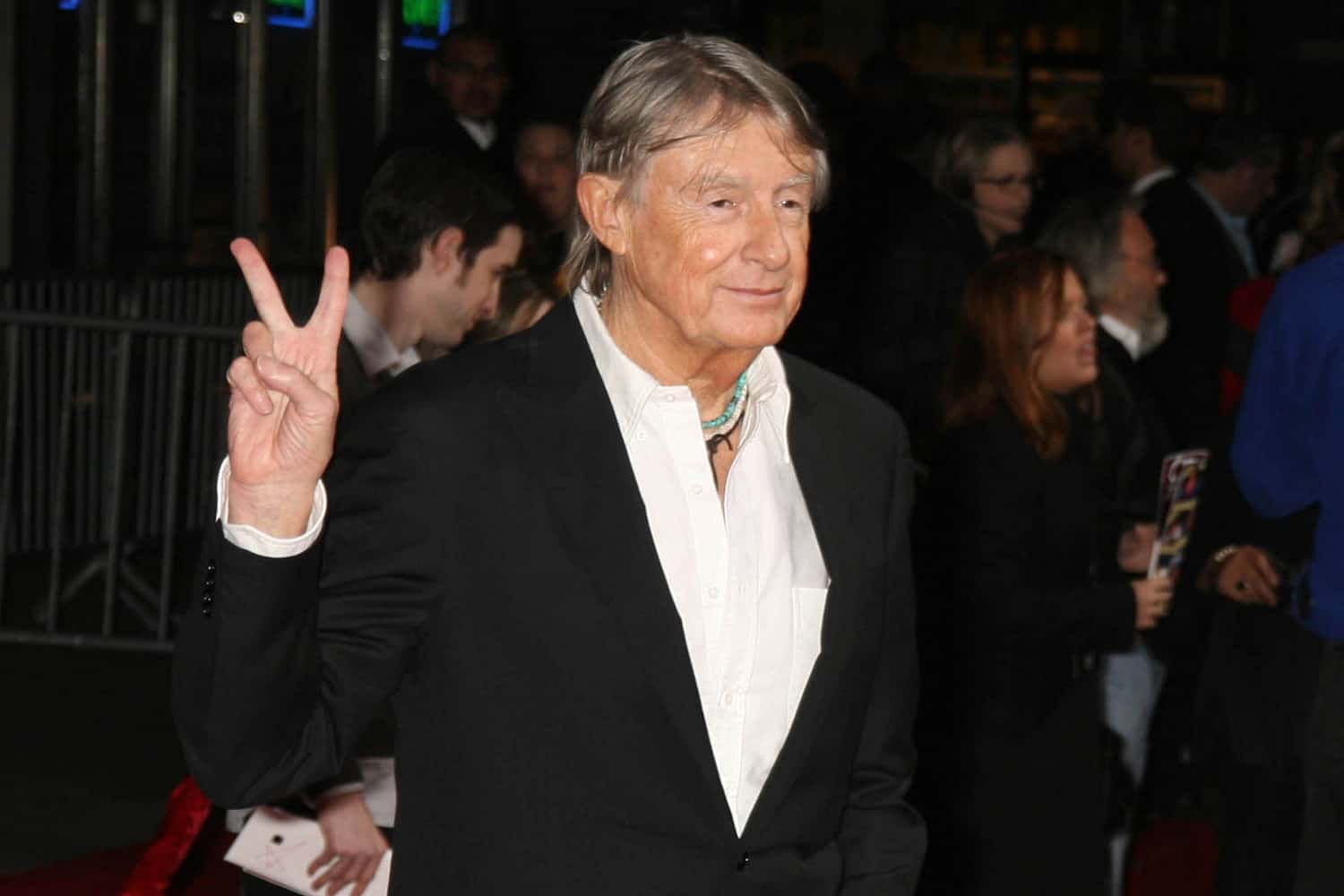 Barbie to Receive a Clio Award
Barbie will be honored with the Brand Icon award at the 60th annual Clio Awards. “Our culture has evolved in so many ways over the last six decades, but Barbie’s iconic message has always remained the same,” says Clio president Nicole Purcell. “The brand’s commitment to empowering girls to believe in themselves, their choices and their unlimited potential is still so timely and so powerful, we’re thrilled to be able to honor that message and celebrate our shared history as part of our milestone awards ceremony.” The Clio Awards, which will be hosted by Andy Cohen, will take place September 25th in New York.

Guess Jeans U.S.A. Launches Guess Sport With a Weekend of Fun
Last weekend, influencers and sports enthusiasts came together for a two-day event celebrating the launch of the Guess Sport capsule collection. The line features re-masters of popular graphics and pieces from the Guess archives, as well as items reimagined by streetwear brands like Babylon, ROKIT, and more. Guess Sport is available online now, with its collaboration pieces dropping all week. 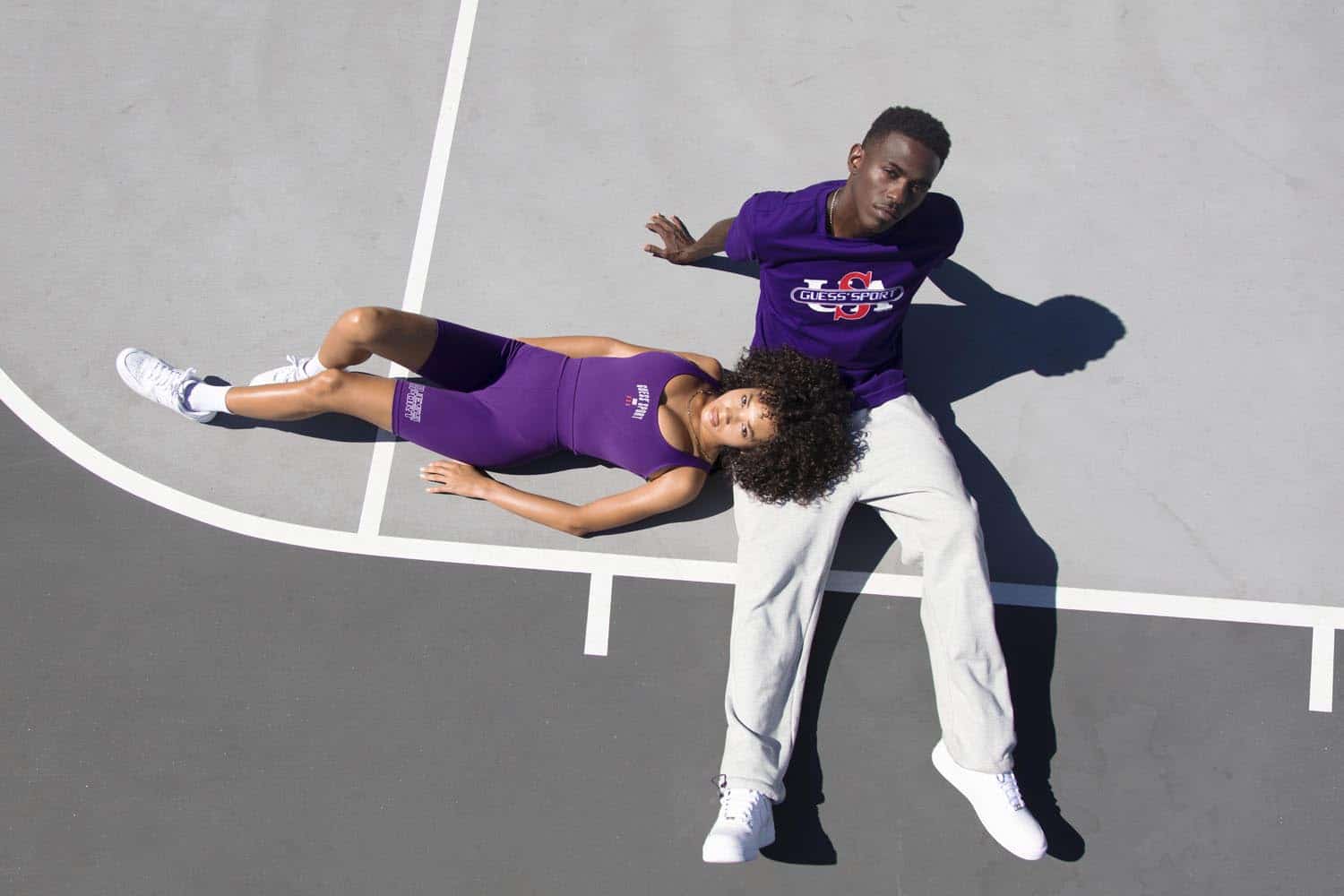 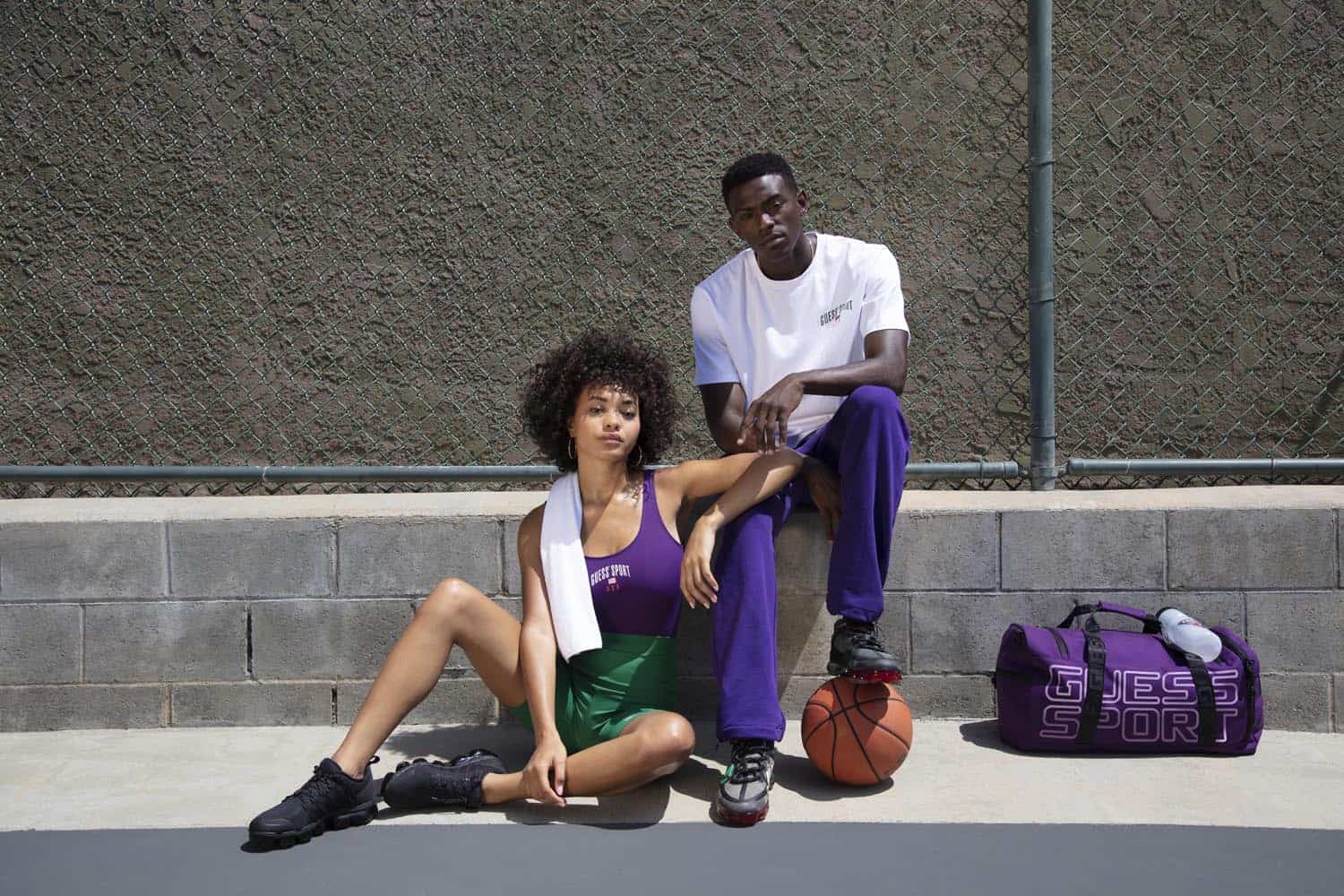 New Yorkers Dine at La Esquina in Support of Beauty for Freedom
Last Thursday, anti-trafficking organization Beauty for Freedom held a conscious dining benefit at La Esquina in New York. Models Alton Mason and Mariama Diallo attended the event, which donated 100 percent of proceeds to BFF’s efforts to empower survivors of labor trafficking in Ghana. “We saw an outpouring of support from all three La Esquina locations in New York along with online purchases and delivery,” explains Monica Watkins, BFF’s co-founder and executive director. 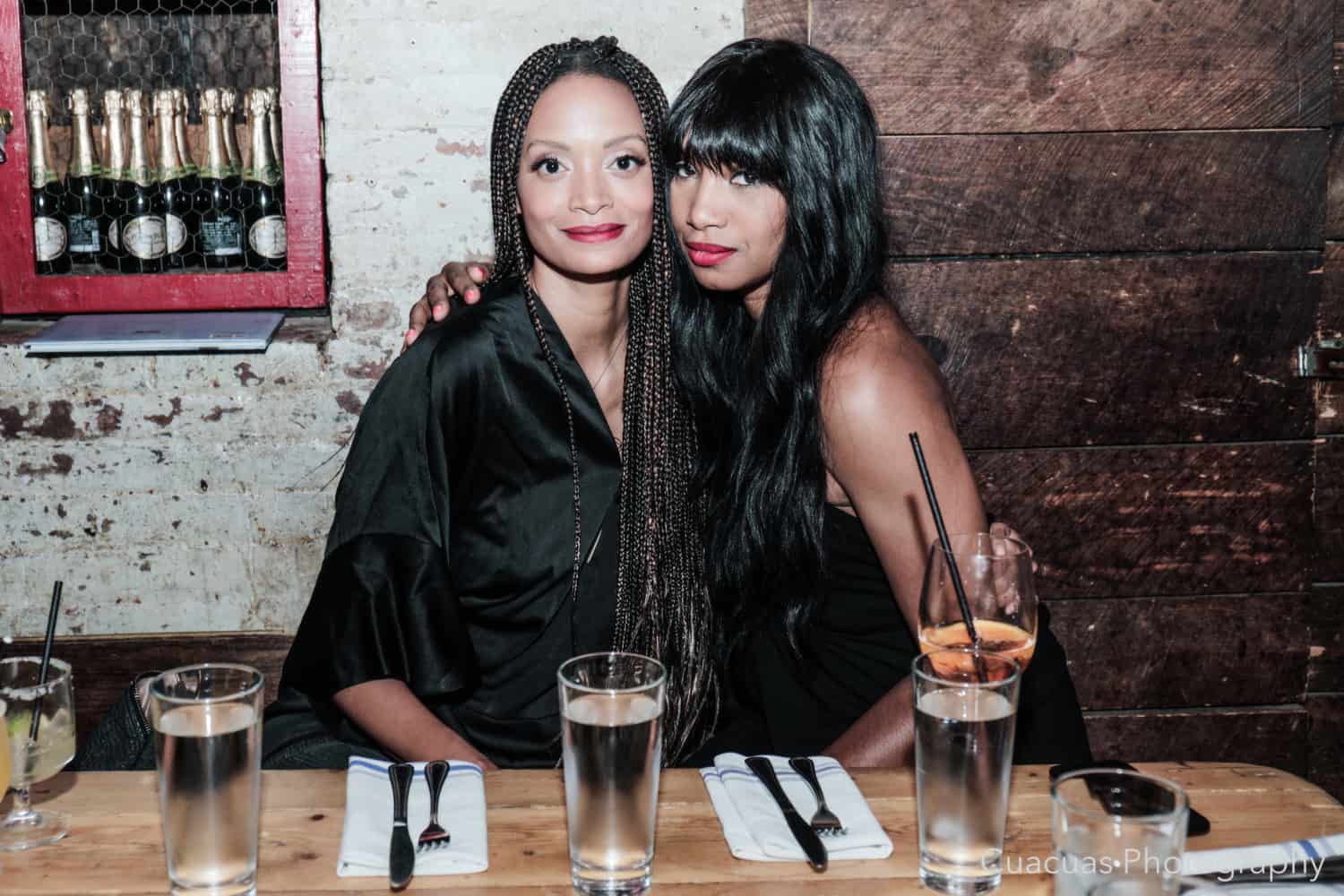 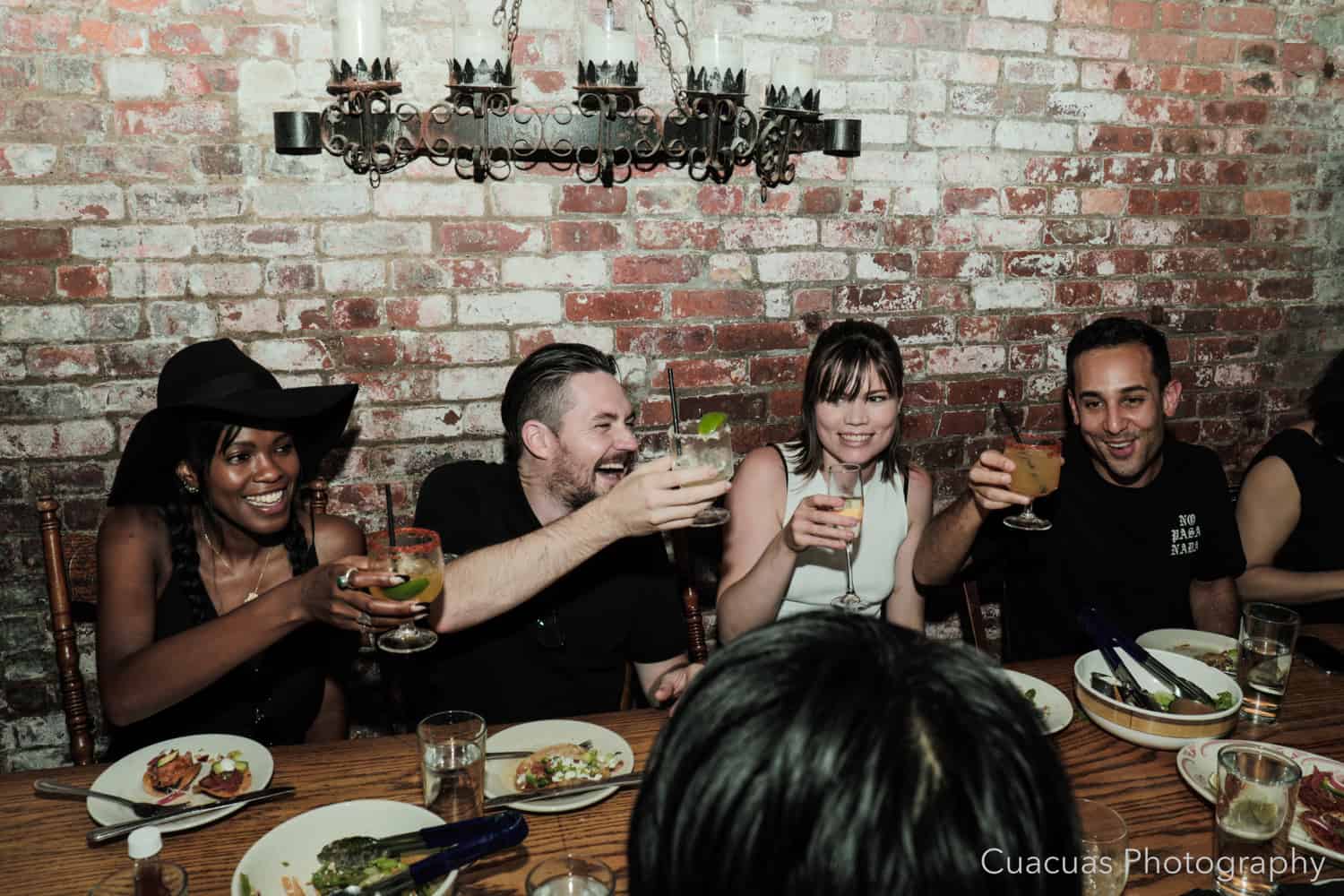 What: A chic, 100% cotton eyelet short-sleeved blazer with...