Marc Jacobs Begins With a Finale
The models at Marc Jacobs came out en mass at the top of the show, effectively beginning the proceedings with the end. But when you think about it, doesn’t it make sense to watch a fashion show this way? To appreciate the entire vision first, and then break things down into the individual looks? It was an excellent introduction to Jacobs’ references — Karl Lagerfeld, Doris Day, Lee Radziwill, and Anita Pallenberg — and allowed guests to see how these iconic styles could be merged together. 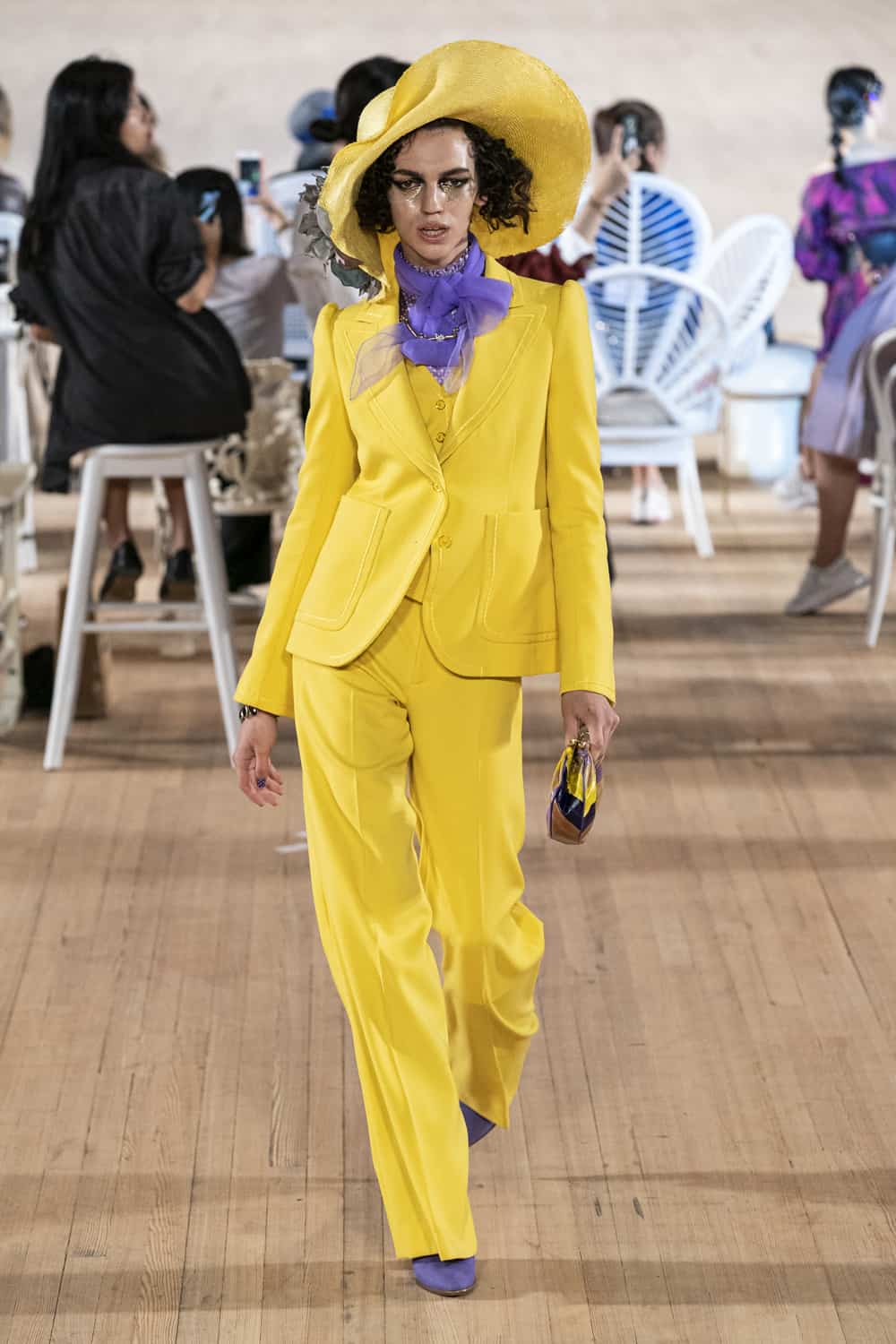 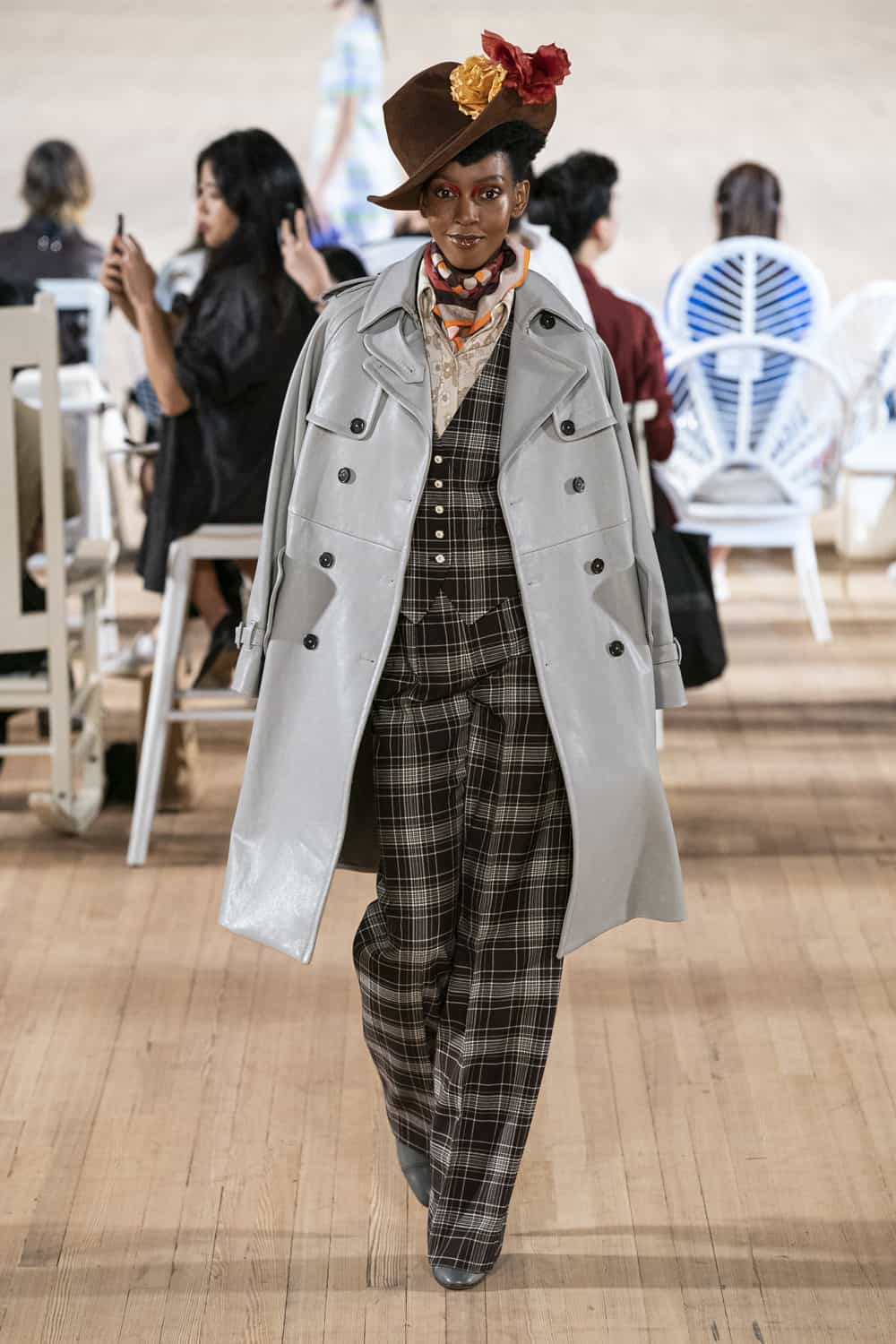 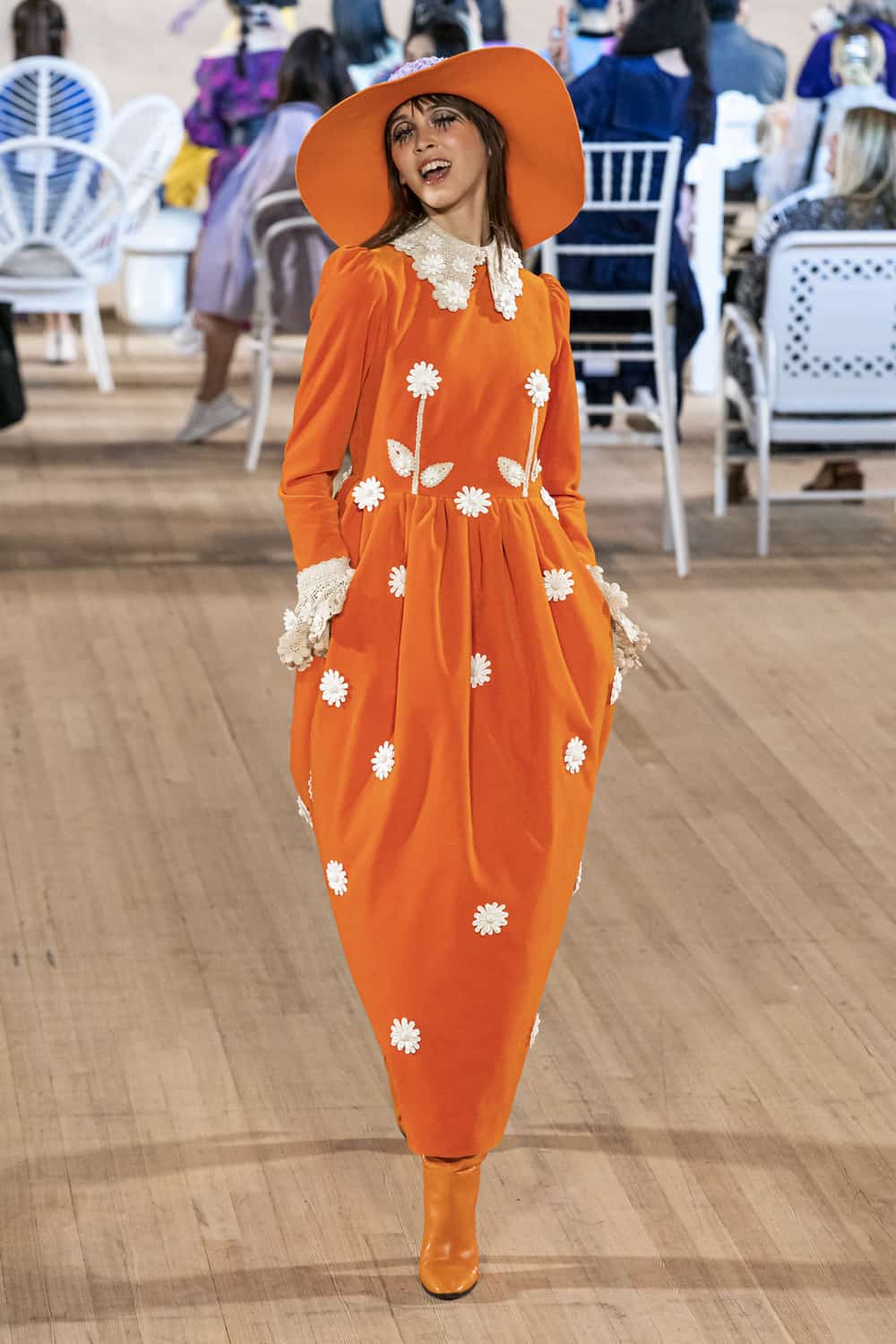 The final result was an explosion of color and volume. A delightful throwback that, thanks to a resurgence in vintage styles, feels firmly on the mark. “This show…is a celebration of life, joy, equality, individuality, optimism, happiness, indulgence, dreams and a future unwritten as we continue to learn from our past and the history of fashion,” the designer explained.

Michael Kors Heads to Brooklyn
After last season’s disco exuberance, Michael Kors decided to celebrate New York once more. But this time, a completely different era: the 1940s. The designer told Vogue Runway that after a trip to Ellis Island, where he learned about his grandparents’ experience of coming to America, he had a new sense of patriotism. “The world was in upheaval, and Americans rolled up their sleeves and got to work,” he said of the decade. But the collection isn’t costume — Kors smartly used his theme loosely, fitting ’40s hemlines and cuts into what’s trending now. The result is something extremely preppy, rather than a vintage throwback, making the final result much more of a celebration of American fashion than any direct reference could be.

Dion Lee Continues to Be the Best Modernist at NYFW
Australian Dion Lee has built himself quite a following in New York thanks to his sleek lines and subtle juxtapositions. Over the past few years he has evolved from upscale utilitarian styles to streamlined, romantic pieces, culminating in last season’s lauded collection of futuristic corsetry. So how did he top himself? By dressing up streamlined looks with leather harnesses. Lee tapped Fleet Ilya to created the pieces, which — while being a bit reminiscent of Prada’s Fall ’09 waders, or even old-school Helmut Lang — filled a hole that has been missing from NYFW week for a while: that of the ultra-cool minimalist brand. It wasn’t all futuristic neutrals, though. Lee shook things up with bandana print pieces, and even put his spin on menswear.

Slick Woods Launches a Jewelry Line (Business of Fashion)
Slick Woods has teamed up with some friends to launch C1V1L, a jewelry line owned by minorities which intends to support other minority- and female-owned businesses. “There is an issue of the culture being commoditized but we are not the owners of that,” Blakely Thornton, the man behind C1V1L, told BoF. “Having been behind the veil in advertising, we were seeing that the people actually making the money off of this culture are largely white, straight men. Even if you’re pushing it and it’s getting a positive media reception, it’s disheartening seeing that the actual financial capital is going back to the same place, back to the top of that pyramid.”

Madewell Launches a Collaboration With Dickies
Madewell has teamed up with Dickies for an 11-piece capsule collection for Fall 2019. The line features everything from overalls to crop tops, all priced between $35 to $158. The collection is available online at Madewell and Dickies as well as select stores in LA and NYC.