By adminvertexpublic / Published on Tuesday, 16 Jun 2020 07:40 AM / Comments Off on Ronaldo tucks into some crisps whilst he enjoys a boozy boat trip in Ibiza / 48 views


Ronaldo is still having his day in the sun as he lets it all hang out during a relaxed vacation in Ibiza.

The Brazilian legend hit the waters around the Spanish party island, happily showing off the results of no longer having to train day in and day out.

Tucking into a huge bag of crisps and downing cocktails, the 37-year-old enjoyed the summer heat while surrounded by family and friends on Sunday. 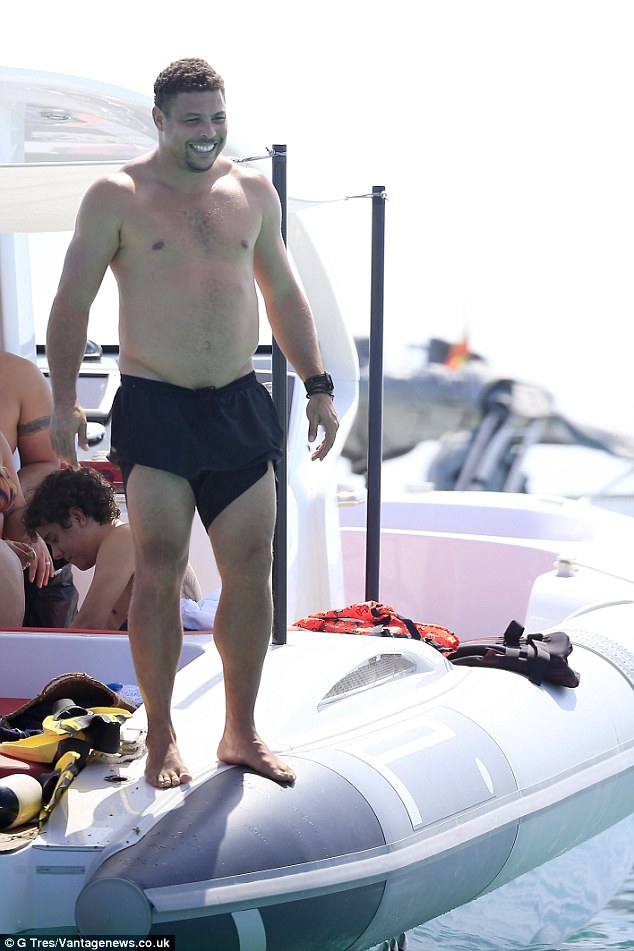 Holiday mode: Former Brazilian footballer Ronaldo showed off a bulked-up frame as he took a boat trip in Ibiza on Sunday 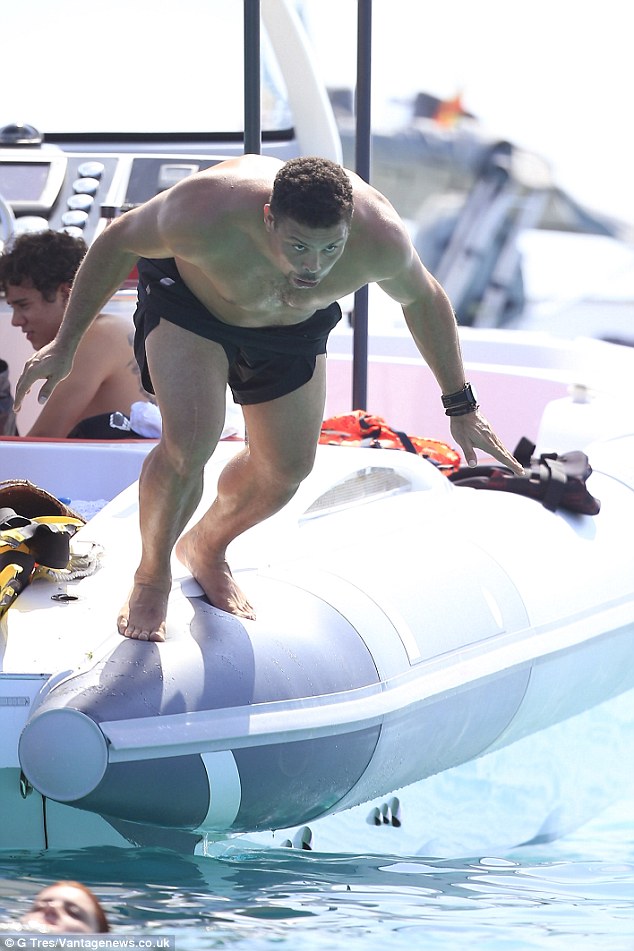 Diving in: The 37-year-old has jetted away on a break to the Spanish party island after acting as an ambassador for the 2014 World Cup in his homeland over the summer

Ronaldo, dubbed ‘the phenomenon’ in his heyday, also proved that he still had athletic prowess by diving off his boat into the crystal-clear Mediterranean Sea.

The break comes after a hectic summer for the former player, who acted as one of Brazil’s six ambassadors for the 2014 World Cup.

Ronaldo’s fluctuating weight since he retired from the sport in 2011 attracted the criticism of Sir Alex Ferguson last year, when the former Manchester United manager branded him the ‘fat, old one’ in comparison to his superfit namesake Cristiano Ronaldo. 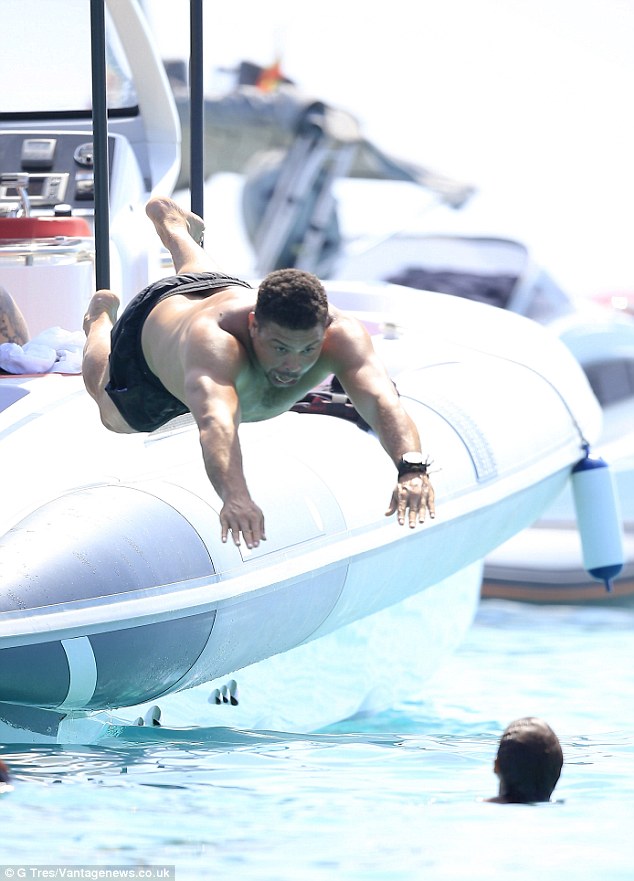 Making a splash: Ronaldo proved he still is on athletic form as he dived off the side of the boat into the Mediterranean Sea 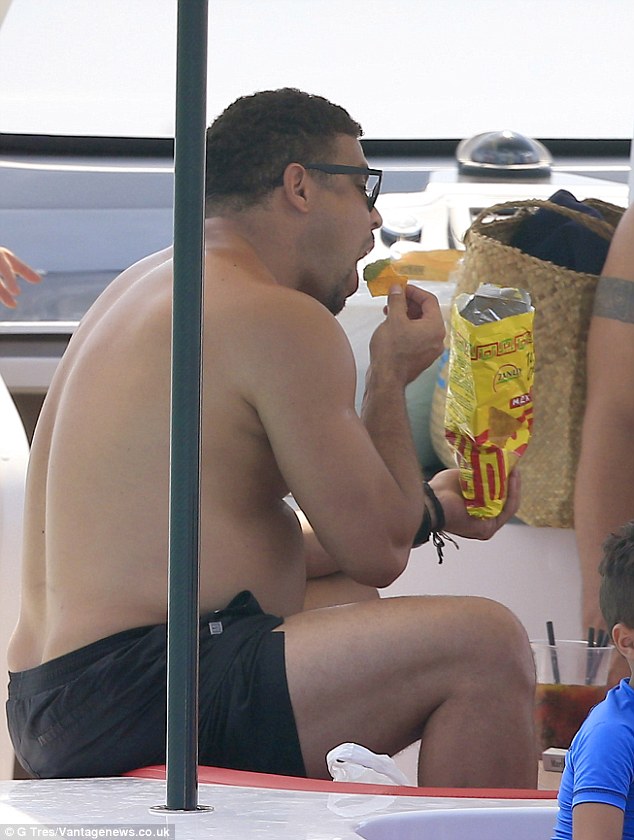 Seaside snack: The sports icon happily munched his way through a pack of crisps and dips while chilling in the shade 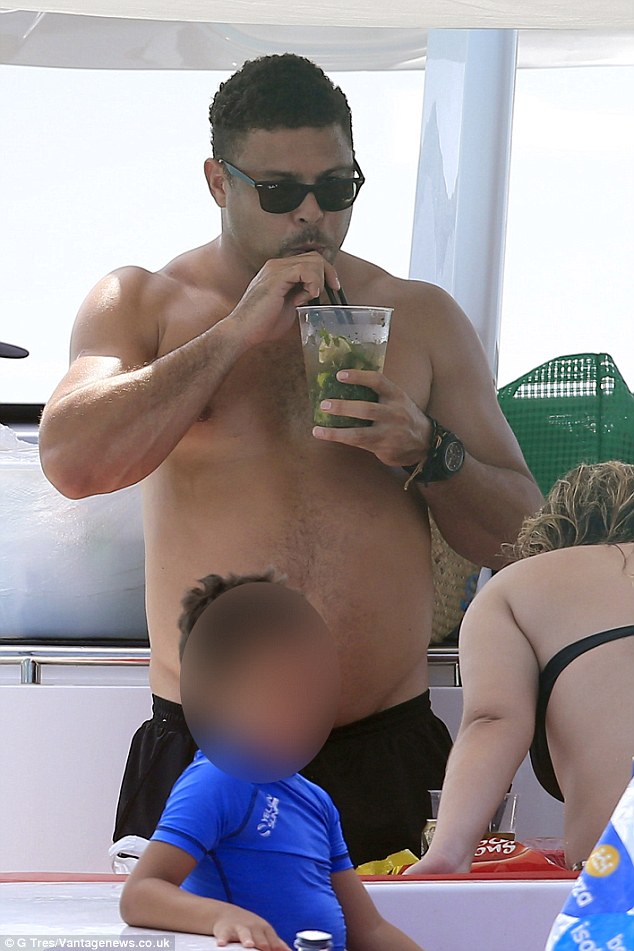 Cocktail time: The sports star cooled down with a large mojito after his dip in the ocean 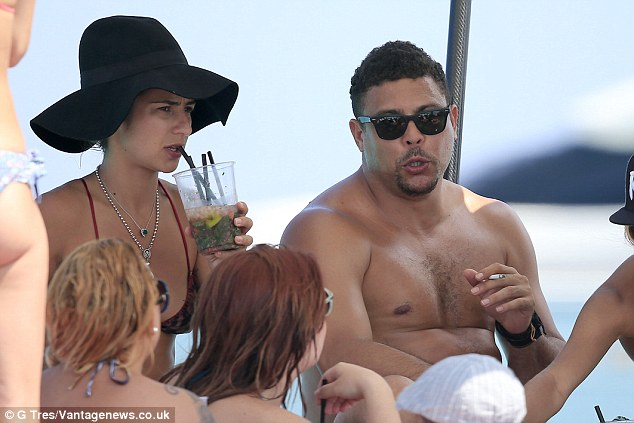 Smoking hot: Ignoring his health-focused footballing training, Ronaldo lit up a cigarette as he chatted with pals

Lashing out at the insult, the sportsman said: ‘A professional of his age, an English Sir, should not be so disrespectful. It was not classy.’

The usually uncompromising Ferguson later apologised for his remark, saying: ‘It was a misunderstanding.

‘I made a joke with a former athlete who I always admired, without any intention to offend.

‘I commented something for the two Ronaldos, Cristiano and the Phenomenon, two extraordinary players, and made a joke to make mention of the Brazilian Ronaldo. 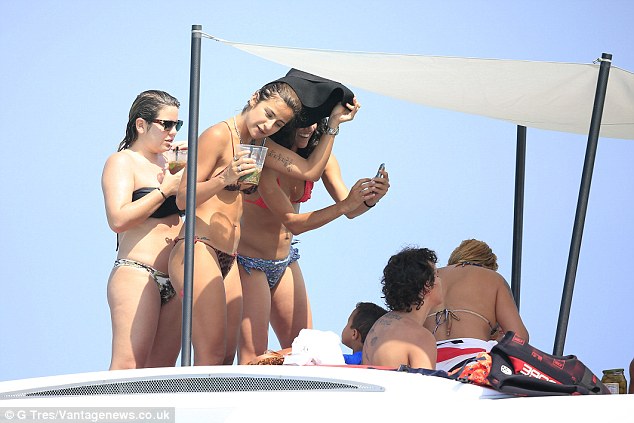 He scores: The star was also joined by a bevy of bikini-clad girls on the boat

‘[I] always respected him a lot on and off the field. Anyway, it was a misunderstanding – finished.’

Before his retirement, Ronaldo was often hailed as one of the greatest footballers in history and was one of only three men to have been feted with the FIFA World Player of the Year award three or more times alongside Zinedine Zidane and Lionel Messi.

He also scored the two winning goals in the 2002 World Cup final between Brazil and Germany, cementing his place as one of his homeland’s most beloved sports stars. 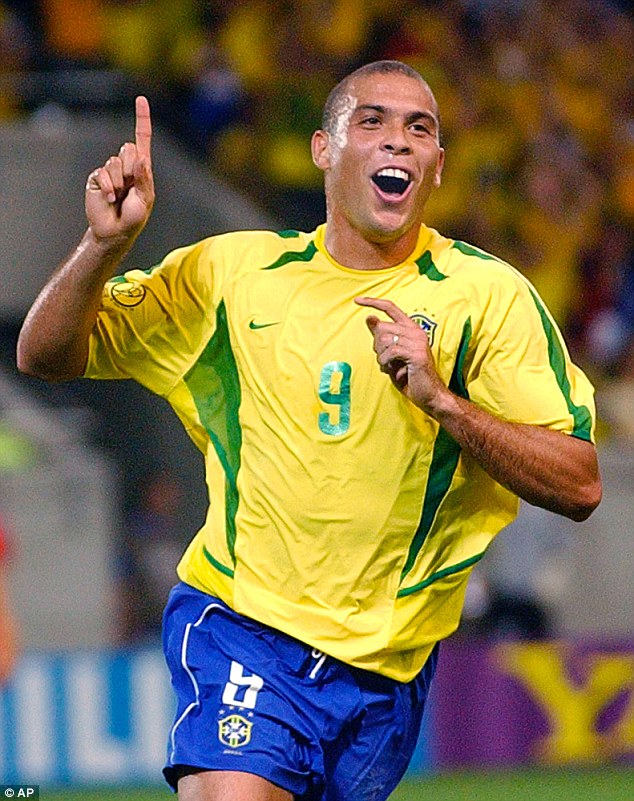 The phenomenon: Ronaldo at the 2002 World Cup, when he scored twice in a 2-0 final win over Germany