The great thing about Jeff Bridges is that he is the Dude — just with a social conscience and a mystical tilt. “’Shut the fuck up, Donny,’” that could be a koan, Bridges told me during our recent video chat. “Or, ‘Well, that’s just like your opinion man.’ That’s another good one.”

The pandemic caught Bridges halfway through shooting The Old Man, his first television series ever, for FX. Holed up on his Montana ranch, he’s been painting, noodling on his guitar, and hanging out with his wife and kids. Still, he has found time to work on a number of Dude-like benevolent projects.

Bridges has been involved for years in No Kid Hungry, a project aimed at making sure at-risk children get the food they need, an increasing challenge during the pandemic. He has just finished helping to design a new Breedlove signature guitar built from sustainable wood, with a portion of each sale going to the Amazon Conservation Team that works in partnership with indigenous colleagues to protect rainforests and traditional culture. And his band, Jeff Bridges and the Abiders, has released a new song, “Welcome Mat,” in which he sings about inclusivity, a concept sadly lacking in 2020 American life.

Bridges and I talked about Lebowski, Clint Eastwood, and how a rock convinced him to propose to his wife. The usual stuff. Then, he mused about how to make your way in a world where many think our best days are behind us. He read up on environmentalists who say it’s too late for the planet; there was despair and then he had a simple thought.

“I started to think about what’s this future that’s so beautiful look like if we can turn it all around,” Bridges says. “What would that be like in 100 years? And the image that came was a bunch of folks that love each other, take care of each other, and cared about the planet. And then it popped into my mind, ‘Well I don’t have to wait for that. I can love right now.’ I don’t know about hope, but that seems like the best idea.”

The Breedlove Jeff Bridges “All in This Together” signature Oregon model is available only through Lost Chord Guitars, in Solvang, California, operated by Jeff Bridges and the Abiders’ musical director Chris Pelonis. 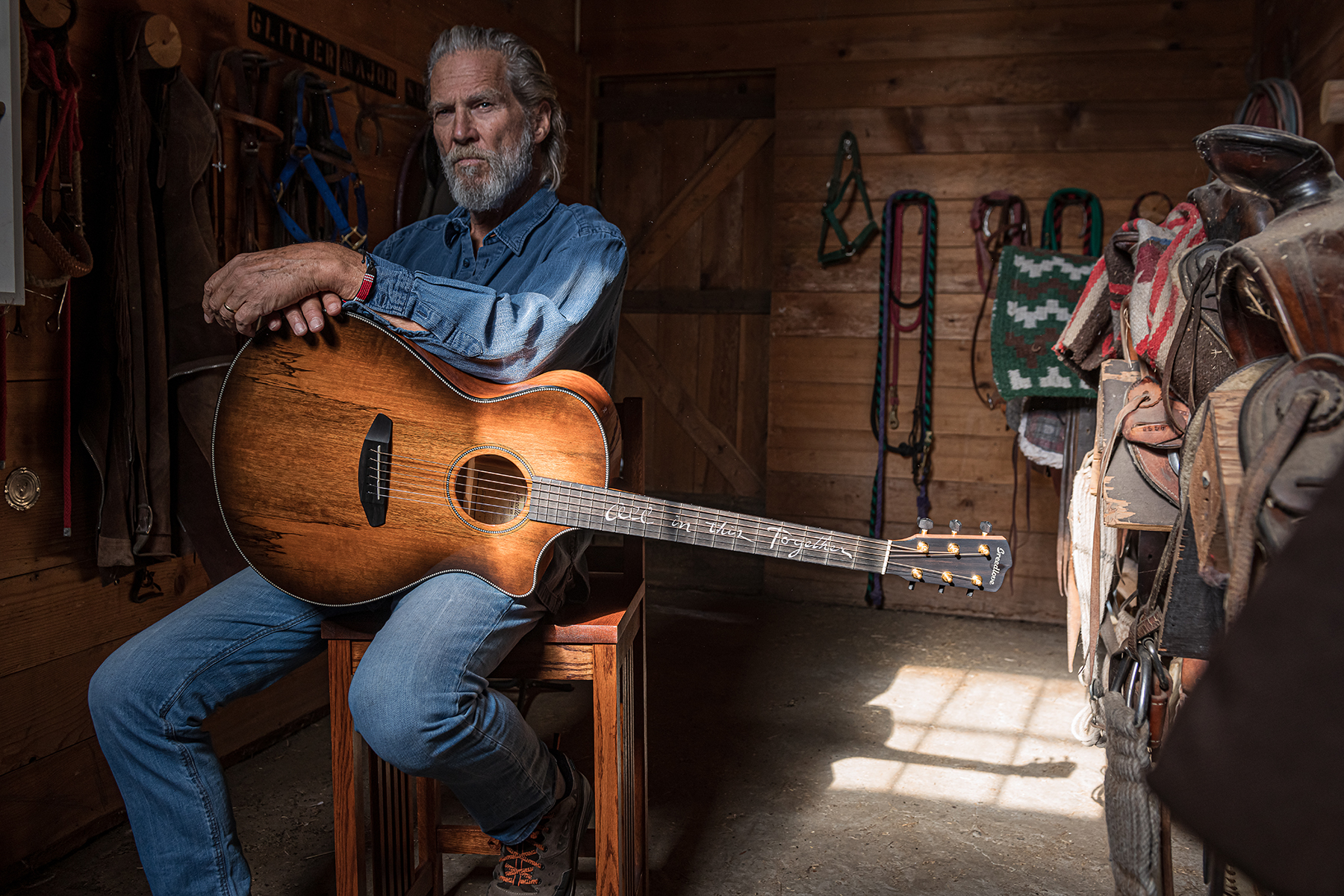 Bliss They say ignorance is bliss, but...

‘Some Kind of Heaven’ Review: The Seniors Aren’t Alright

You couldn’t ask for a richer documentary...

‘One Night in Miami’ Review: Imagining a Meeting of Black American Minds

It’s supposed to be a celebration. On a balmy night...