This Is, Hands Down, the Best Accessory at London Fashion Week


You can always count on the Fashion East for some truly head-scratchingly wonderful flights of fashion fancy. Every season, the non-profit fashion incubator (I think that’s the right word for it), led by Lulu Kennedy, displays the collections of three of the UK’s most promising up-and-coming designers. At times, it feels like the looks on the runway have little to do with what all but the most esoteric among us are actually buying and wearing IRL, but even so, many of the biggest names in British fashion got their start at Fashion East, from JW Anderson, Craig Green, and Gareth Pugh, to Jonathan Saunders, Roksanda Ilincic, and Henry Holland.

This season’s show featured only two designers instead of the usual three — Gareth Wrighton and Yuhan Wang — of which the former was the clear standout, for this writer at least, for the simple reason that his collection included an absolutely scrumptious headpiece: a bonsai tree fascinator made out of Cheetos. 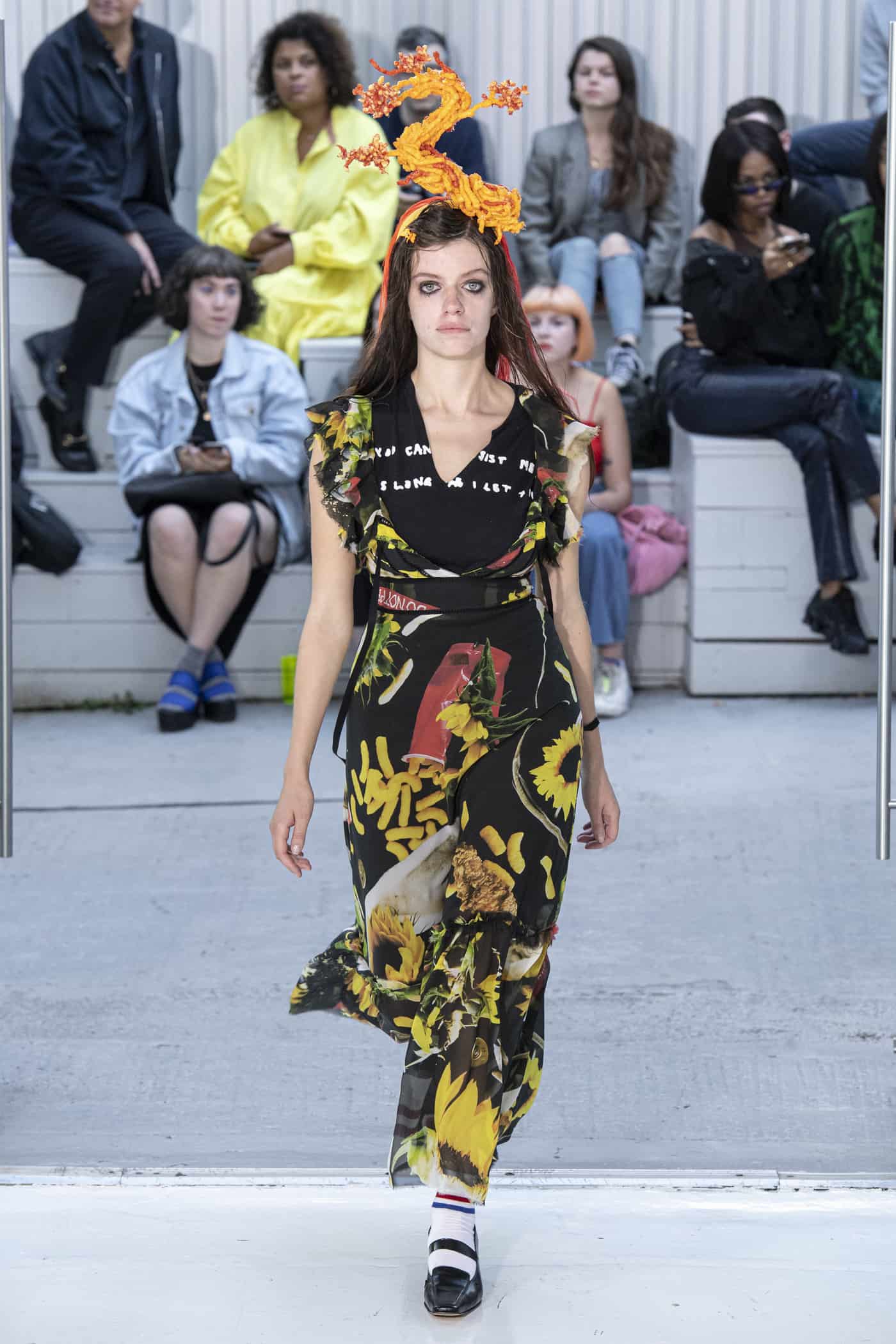 As you can see, Wrighton appears to have used classic Cheetos for the trunk and limbs of the gnarled little tree and Flamin’ Hot Cheetos for the foliage and as little color accents. The headpiece is, sadly, inedible, as it appears to be held together with hot glue. It also looks a little worse for ware, as if it suffered a bit of a rough ride from the workshop and lost many of it’s more delicate and decentralized Flamin’ Hot accents, snapped off, no doubt, by some careless porter unaware of the delicacy of their precious, cheesy cargo. That, or someone got the munchies. Either way, it does look oddly enticing, doesn’t it? 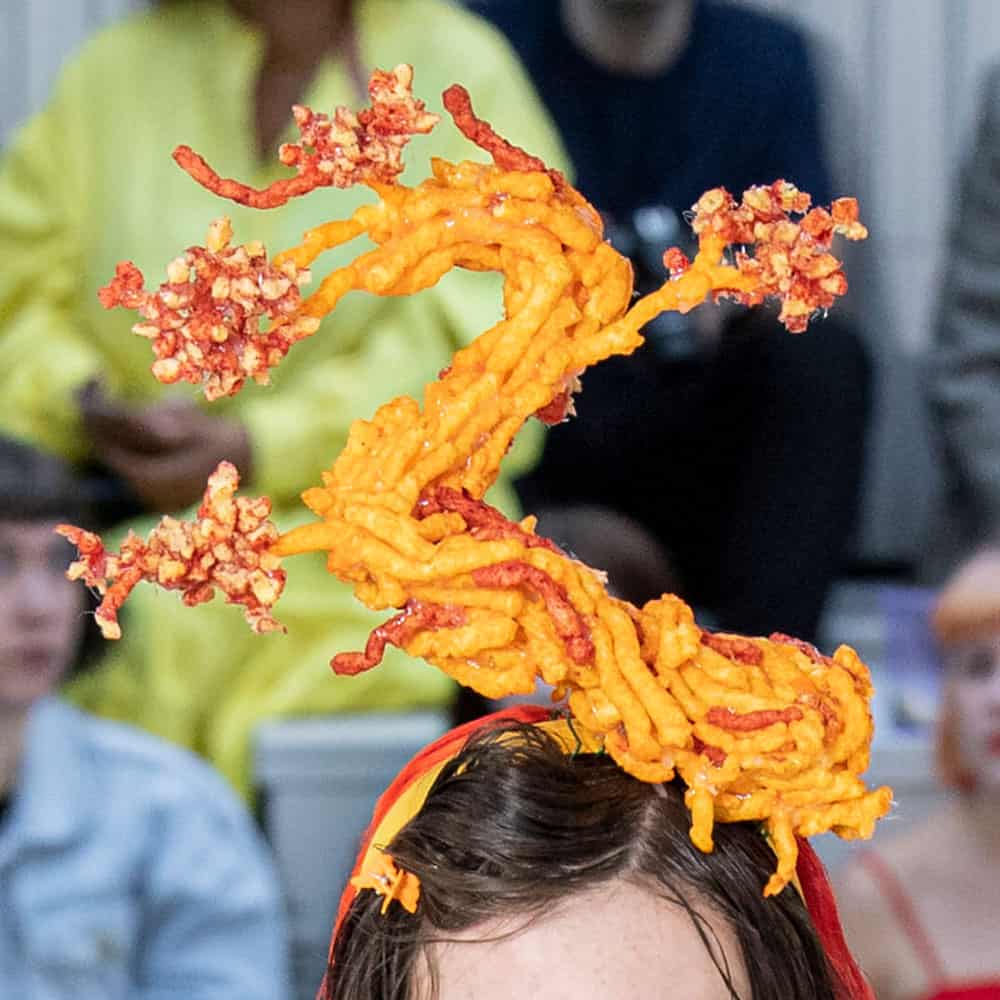 Of course, there is probably some deeper significance to Wrighton’s use of this, the cheesiest of crispy bagged snacks. His collection was, after all, inspired by the case of Jessi Slaughter, a preteen meme sensation from way back in 2010, and is full of sad references to lost innocence and the awkwardness and discomfort of budding adolescent sexuality in the internet age — from the Manga schoolgirl outfits to the “As Seen on To Catch a Predator” T-shirt to the print of smashed cherries, their stems tied in knots (perhaps by a particularly dextrous tongue — that old bar trick). 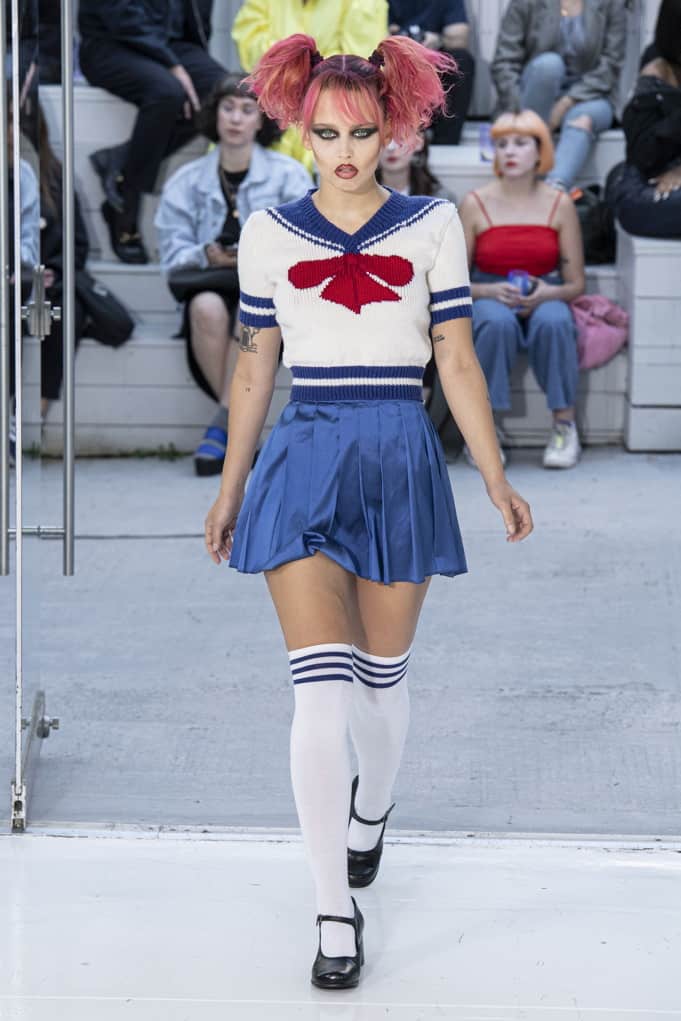 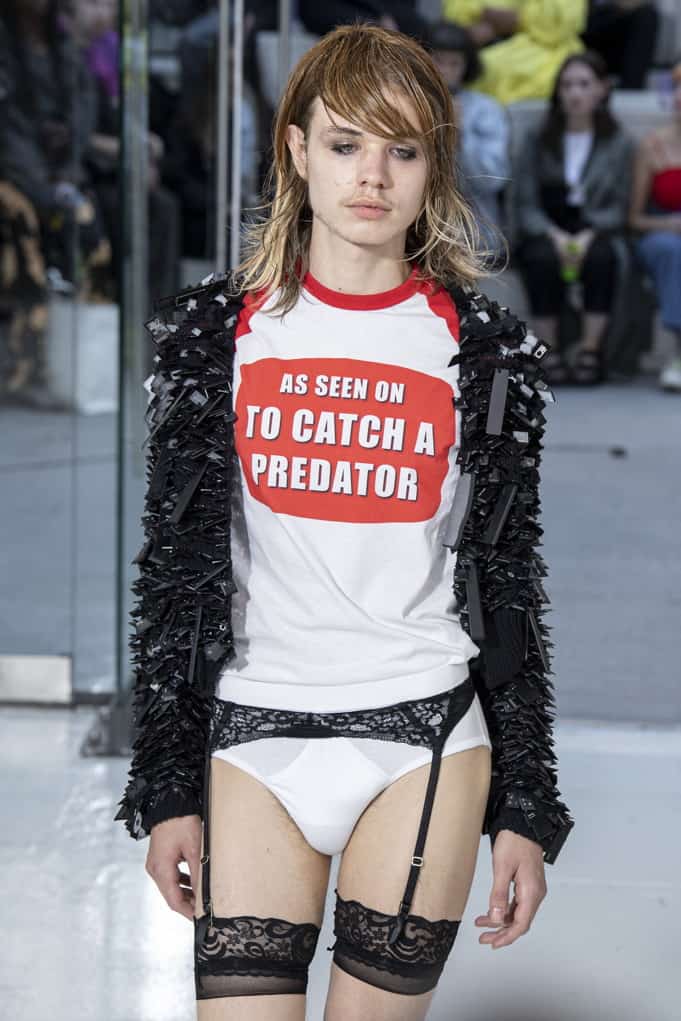 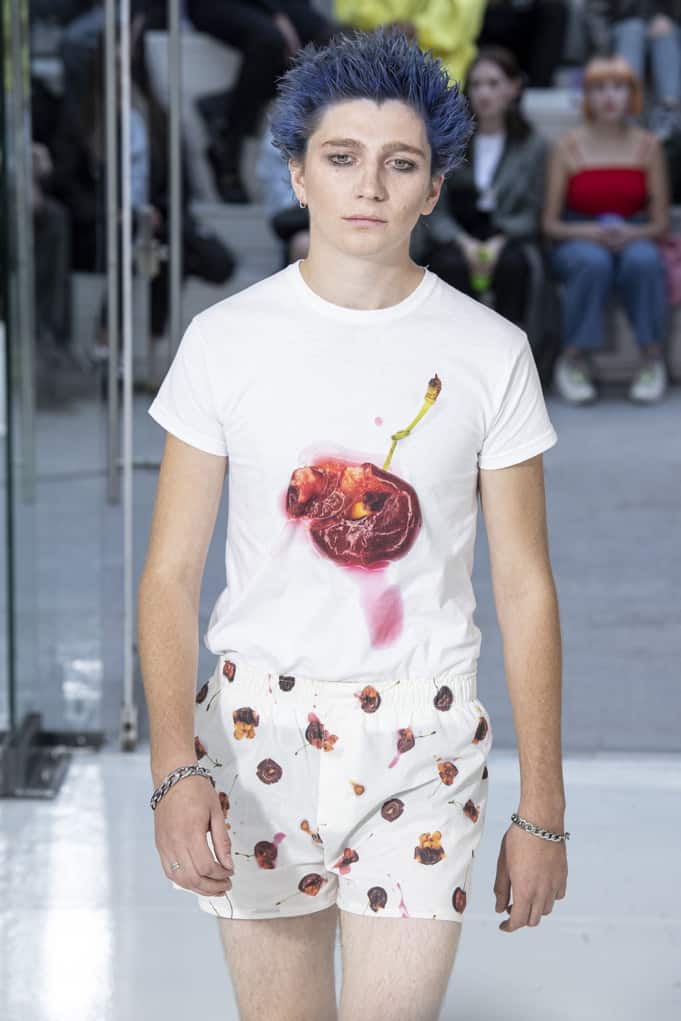 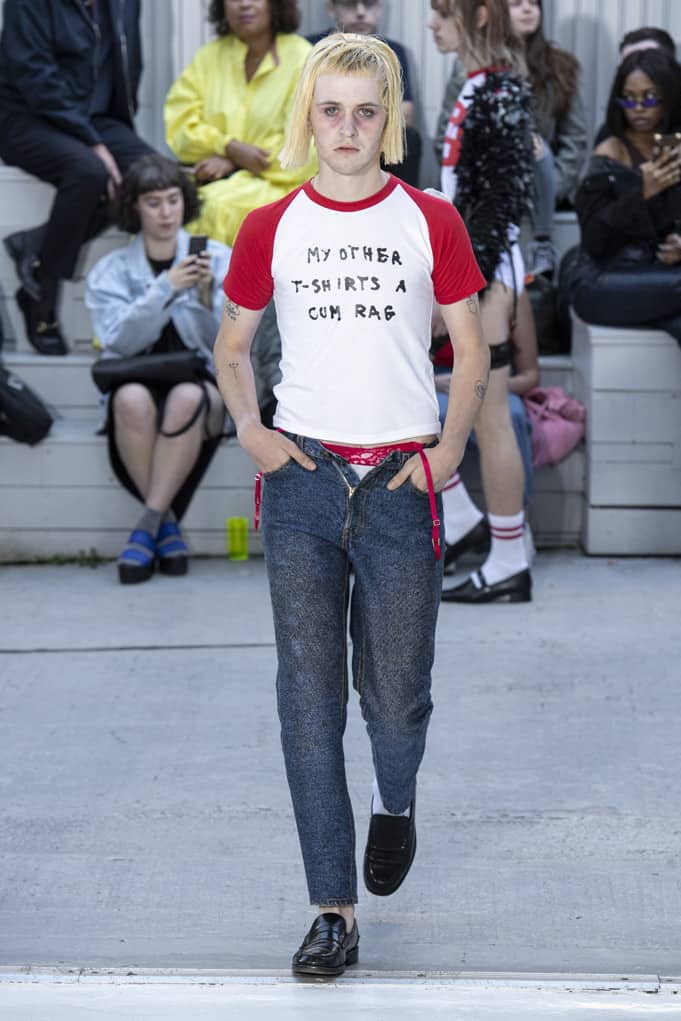 Whatever its deeper meaning, this odd little chapeau is easily the most arresting and oddly charming accessory of London Fashion Week. And even if Wrighton doesn’t manage to sell a single piece of clothing from this collection, he should at least be able to get some sort of grant out of Frito-Lay. After all, the company has been making a concerted effort to push Cheetos into the fashion space recently, hosting a Cheetos fashion show and beauty lounge during New York Fashion Week. If Crocs and Tevas can get the high fashion treatment, why not Cheetos? All they need is the right intrepid partner.

The Council of Fashion Designers of America teamed up...

H&M has revealed the latest designer to feature...

What better way to kick off the...