At the tender age of five, he’s probably only recently learnt how to write his own name.

But that didn’t stop Wayne Rooney’s son, Kai, signing an autograph while appearing at Old Trafford on Sunday.

While his father is amongst the world’s most famous sportsmen, there are clear signs the boy is already following in his footsteps. 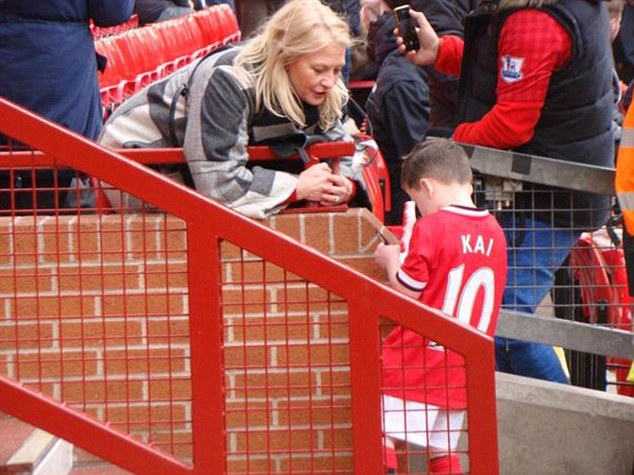 Spotted: While his father is amongst the world’s most famous sportsmen, there are clear signs Kai Rooney is already following in his footsteps 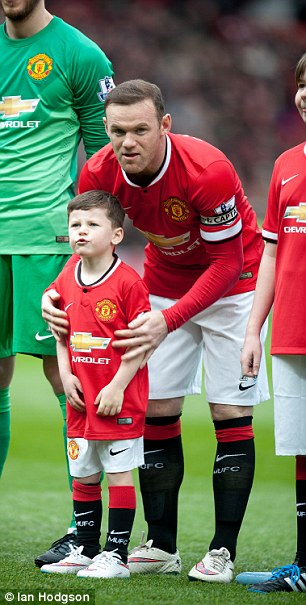 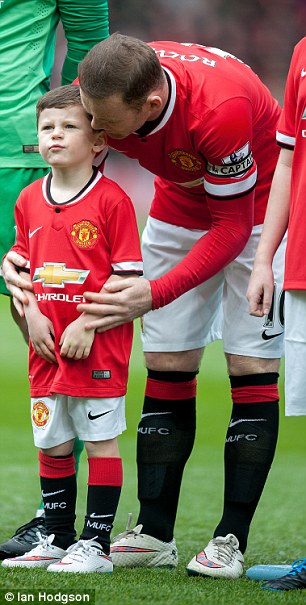 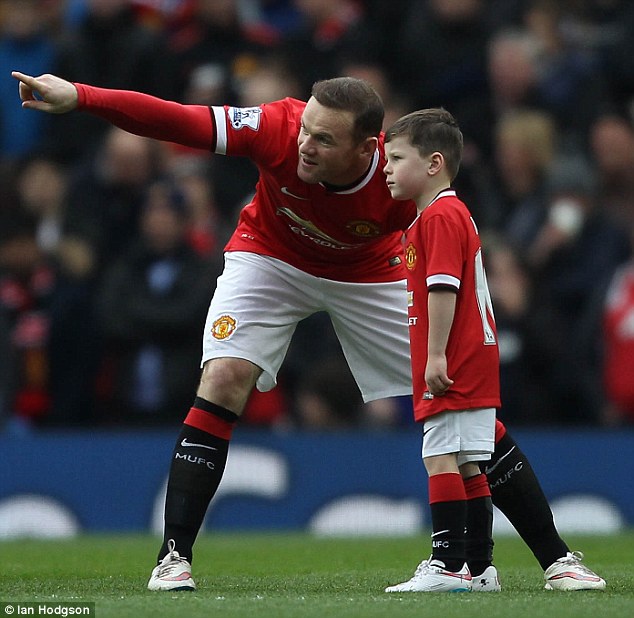 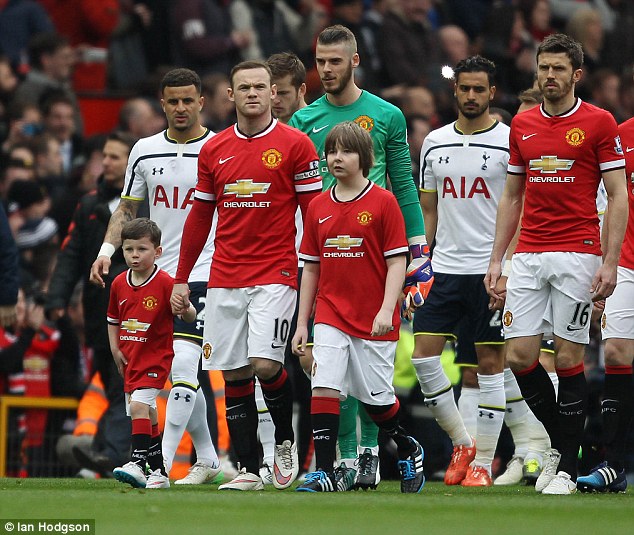 The Manchester United captain’s eldest child was mascot for his side’s 3-0 win over Tottenham Hotspur in the Barclays Premier League.

Dressed in a United kit with the number 10 – his father’s – on the back, the boy was photographed seemingly enjoying a taste of celebrity as he signed a piece of paper for a middle-aged woman.

Others were unamused, with James Palmer saying: ‘How pathetic must your life be if you’re asking for Kai Rooney’s autograph? Grown human beings acting like school girls over a five-year-old.’

Another, who goes by the username of ‘Pheoma’, tweeted: ‘Five-year-old Kai signed autograph for fans on Sunday… Can he even spell his name? Wonders shall never end.’ 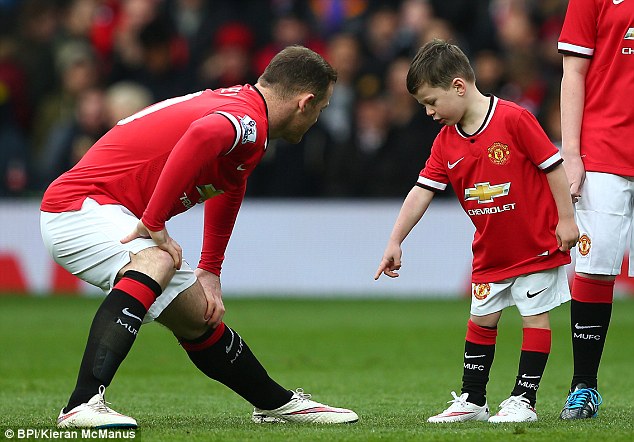 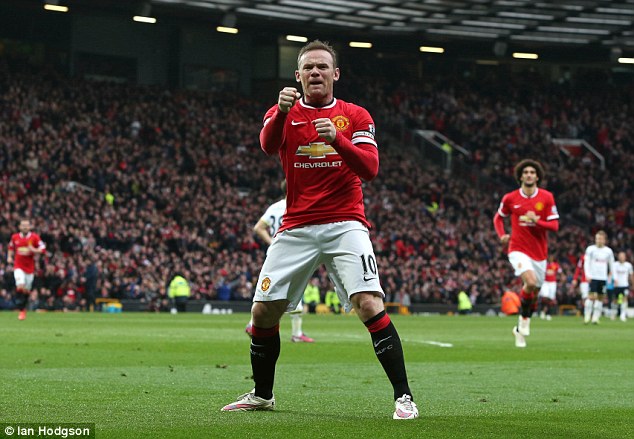 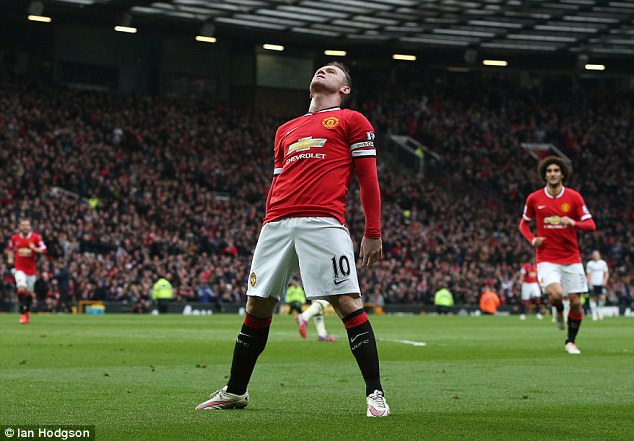 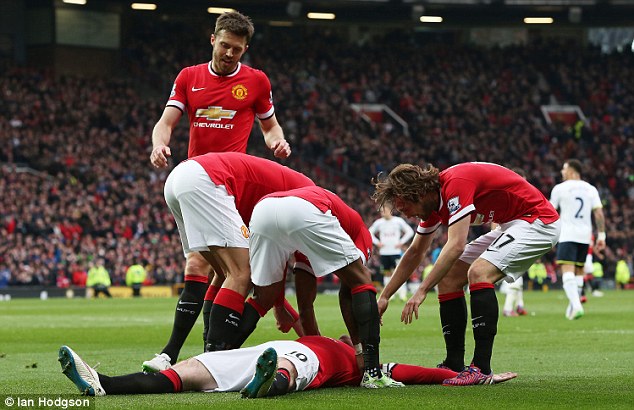 Flat on his back, 29-year-old Rooney mocked reports of the boxing incident with Stoke City’s Phil Bardsley 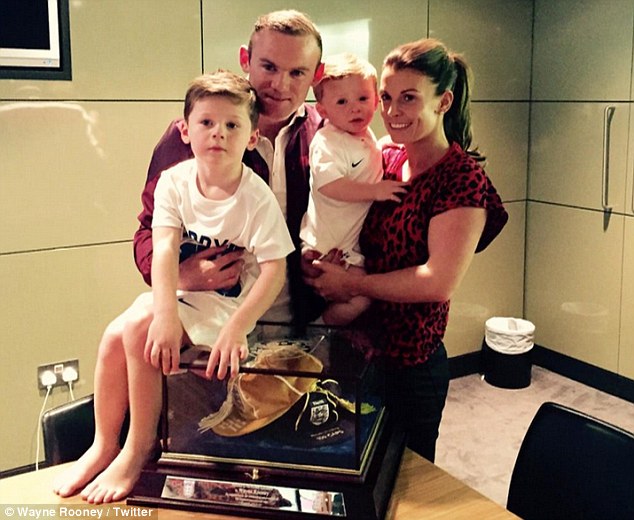 Kai, along with his brother Klay, one, is regularly photographed enjoying shopping trips and exotic holidays with his mother Coleen, 28.

It was great to have my son Kai as mascot

After sealing the victory for his team last weekend, Rooney celebrated by punching the air and falling to the ground – mimicking a video released appearing to show to him being ‘knocked out’ by Stoke’s Phil Bardsley in a boxing match in his kitchen.

Following the match, the 29-year-old uploaded a picture of him and Kai before the game on Instagram, writing: ‘It was great to have my son Kai as mascot yesterday.’

It was a vital win for the home side who clung on to a two-point lead over Liverpool in fourth place, with the clubs set to face each other at Anfield on Sunday.